New Delhi: Zinc supplementation to the human body suppresses fat deposition in the liver and prevents non-alcoholic fatty liver diseases, revealed a study done by the Indian Institute of Technology–Mandi.

While hepatitis viral infections and alcohol-induced liver malfunctions used to be the main cause of liver diseases in the past, the dramatic shift towards sedentary lifestyles and unhealthy food habits has caused them to be outpaced by Non-Alcoholic Fatty Liver Disease or NAFLD. 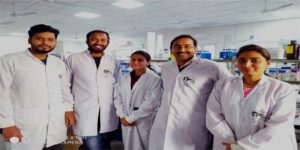 Nearly 120 million Indians are estimated to suffer from NAFLD, with a higher incidence rate amongst obese and diabetic people.

The research work carried on by a team of scientists led by Dr Prosenjit Mondal from the school of Basic Science at IIT-Mandi showed using cell and mice models that zinc supplementations either in the form of nanoparticles or salts are effective in reducing fat accumulation in the liver and inducing peripheral insulin sensitivity.

The researchers first treated human hepatocellular carcinoma cells with zinc oxide nanoparticles and tested the lipid accumulation in the cells in comparison to untreated cells.

“They also injected the nanoparticles into the bodies of mice fed with fatty diet and monitored cell signaling, gene expression and also assessed the cellular energy levels.  The mice were also subjected to glucose tolerance tests to assess insulin function and compared with mice fed with normal diet and fat-fed mice not treated with the nanoparticles, said a statement issued by the research team.

In the cell tests, the researchers found that the presence of zinc oxide nanoparticles prevented accumulation of fat in them.

In the mice models, they found that the zinc supplements prevented the cellular factors that enhance fat storage in the livers of fat-fed mice.

The researchers said that the above observations of the team may also help in formulating therapeutic strategies to improve insulin sensitivity and ameliorate liver steatosis associated with type2 diabetes.

In Times Of Uncertainty: Get Insured And Live Hassle-Free

Some health tips for baby care during monsoon

Exam, stress and dental care; Doctors suggest the way out