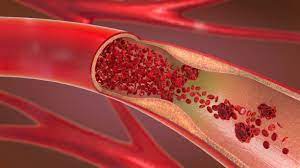 Precious red drops – what you call blood – is the very foundation of life. The way a river flows relentlessly feeding ponds, lakes, and other water bodies in its way, blood flows in the body feeding each part with oxygen and nutrients. Acting as the pump, the heart supplies blood through vessels or blood pipes known as arteries and veins (and their branches, sub-branches & micro branches) thereby ensuring that none of the body parts remains undernourished. Arteries carry oxygen-rich blood from the lungs via the heart to every part and veins carry oxygen-deficient blood back to the lungs via the heart for oxygenation. The surprising fact is if we join all the blood pipes and make them linear, it would cover a distance of 60,000 miles. However, the shocking part is that the death rate because of vascular diseases is much higher as compared to other afflictions.

Besides other occlusive ailments of the blood vessels, the death rate only because of the newly generated “solidified mass of blood” (which is known as “thrombus”) is alarmingly high. One in four persons in the world dies of thrombus each year. This is more than the combined death rate due to AIDS, breast cancer, prostate cancer, and motor vehicular accidents. We have been ignoring this common killer. This was the trigger for a worldwide movement called “World Thrombosis Day”(WTD), led by the International Society on Thrombosis and Hemostasis (ISTH), inaugurated on the 13th of October 2014.

The campaign is an educational initiative that spreads awareness about thrombosis and aims at empowering the patients by addressing the concerned issues and ultimately reducing deaths and disabilities resulting from thrombosis and thromboembolic phenomenon. The theme for WTD 2021 is “Eyes open to Thrombosis” which means act on thrombosis before it acts on you.

An interesting fact about blood circulation is that as long as blood flows inside the body it remains in a state of fluid but when it comes out through any wound or injury it becomes thick and solid (which is known as “blood clot”). This phenomenon seals off the bleeding points naturally. However, owing to some diseases, if blood thickens or solidifies inside a blood vessel, creating an obstruction and preventing blood flow beyond that point, the condition is called “thrombosis”.

The consequences of this event are-

(i) if the thrombus is inside an artery, which could be formed either de novo or could be a complication due to a migrated thrombus from the heart (which is known as thromboembolism), the oxygen-rich blood does not flow beyond that newly generated block to reach the distant parts, resulting in the death of that body part due to lack of oxygen. Unless the thrombus is removed by surgical evacuation immediately or is treated by medicines that dissolve them (whenever an evacuation is not advisable because of other risk factors) the body part or a limb has to be sacrificed.

(ii) If the same event happens inside a vein, the thrombus has to be dissolved using medicines only. No surgical intervention is usually undertaken in a peripheral vein. If the thrombus is in a deep venous system (which is known as DVT or deep venous thrombosis) it can migrate to the lungs via the heart causing problems in oxygenation. The condition is known as pulmonary embolism, which might be life-threatening.

There are numerous reasons for thrombosis (i) Hypercoagulable states like pregnancy, cancer, and the recent pandemic COVID-19 (ii) Acute-on-chronic vascular disease wherein, a thrombus gets formed in an already diseased and partially occluded vessel resulting in complete occlusion to blood flow (iii) Thrombus formation inside a heart chamber because of some diseases and irregular heartbeats.

It’s important to know of the modifiable high-risk factors which are in our control so that we can prevent amputation or a limb loss or death due to pulmonary embolism or a thrombotic brain stroke. Let’s honour and follow the age-old saying “prevention is always better than cure”. Following are the high-risk factors which we all should take care of:

(iv) Do not keep sitting for a long time in a flight, car or front of computer & TV- bend your knees, perform ankles rolls, stand up & take a small walk- physical activity is great for the circulatory system

(vii) In case of pregnancy, cancer, and COVID-19- consult your doctor

(viii) For old and bedridden patients- encourage passive physiotherapy and leg massage. Before I conclude, I must emphasize that vascular diseases and thrombosis are preventable and curable. We all don’t deserve to be there in the statistics of “1 in 4”.

Let’s follow this year’s theme of WTD “in spirit &  letter”. Kill thrombosis before it kills you and make the 60,000 mile-journey a beautiful one.