Today is ‘World Milk Day’ and the theme of this year in India is all about “Raise a Glass”. This day is celebrated to raise awareness about the health benefits of the milk. Milk has been a part of our lives since we were growing up. However, the way of consuming it has changed over the year. During our childhood days, we used to get fresh raw milk in our neighborhood. But we don’t really remember when this got replaced with the pasteurized milk.

However, some mothers still believe that raw milk is healthier, and that is whey they are ready to walk even a few kilometers to get that. The other big debate which we have been listening for long is which raw milk is better – cow milk, buffalo milk, or goat milk. So, on ‘World Milk Day 2020’, we are going to tell you everything you always wanted to know about your glass of milk. Health Wire spoke to Dr. Anuj Choudhary, Dietician & Nutrition Expert, to find out answers to all these questions.

1. What are the benefits of milk (in general be it raw or pasteurized milk)?

Milk is the most essential thing for almost everyone and generalising both the categories of raw milk and pasteurized milk, both have their own benefits. Raw milk is directly consumed straight from animals which are super rich in providing 100% vitamins, irons, and calcium. It’s also easily digestible, mostly all fitness junkies go for milk. In addition to pasteurized milk, it’s heated and then quickly cooled down. It does not reduce milk nutritional values but it does kill some bacteria that are good for our health. Everyone can’t consume raw milk so they go for pasteurized milk. There’s a vast difference in taste after milk gets pasteurized. 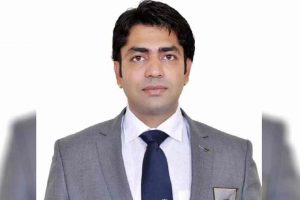 2. Which one is safer to consume – raw or pasteurized milk and why?

We are Indians and we can’t live without milk but what’s safe for us to drink and take in use is pasteurized milk. It’s healthy for a person to consume as it is processed which kills disease-causing germs, such as Campylobacter, E. coli, and Salmonella from milk. Whereas, raw milk is really good for health and drinking. It has creamy flavour but it gets contaminated quickly if it’s not pasteurized and sometimes people with the weaker immune system are at high risk to get ill from raw milk and there’s always health risk in drinking raw milk. So, pasteurized milk in carton and glass bottles is best and safe for everyone.

3. What one needs to if he has access to only raw milk. How can it be made safe for consumption? Also, which one is better cow or buffalo?

In India, every morning the milk we get is raw milk, we in our homes make it pasteurized to drink. So if anyone gets access to raw milk then they can heat it in their kitchens and let it cool, after the temperature reduces its safe for consumption. Cow milk is rich in cholesterol and fats whereas buffalo milk has low cholesterol more calories and fats. So, buffalo milk is considered much better than cow milk. Buffalo milk is rich in calcium and has a good source of minerals like magnesium, potassium, and phosphorus.

4. A study suggests that goat milk protects the body from a virus attack. What makes it better than cow milk?