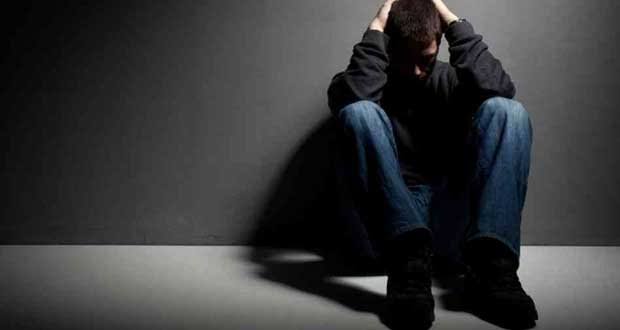 New Delhi, October 10-Mental health is a state of emotional, psychological and social well-being in which the individual realizes his or her own abilities, can cope with the normal stresses of life, can work productively and fruitfully, and possesses the ability to make a contribution to society. It is an integral part of health and not just the absence of mental illness. Mental health, like other aspects of health, can be affected by a number of factors and every person is vulnerable to develop mental health problems irrespective of age, gender, socio-economic status and ethnic background.

Mental health is a major concern worldwide and mental illness a major cause of global burden of disease. Every fourth person in the world suffers from mental or neurological disorder at some point during the life span. Around 450 million people across the globe currently suffer from mental health problems, placing mental disorders among the leading causes of ill-health and disability worldwide.

According to WHO, 6.5 per cent of Indians suffers from some form of serious mental illness like Schizophrenia with equal distribution among rural and urban population. National Mental Health Survey concludes that 10.6 percent people in India suffer from mental morbidity including Common Mental Disorders like Depression, Anxiety, and Substance abuse.

Depression is most common – about 56 million people in India suffer from Depression. Severe Depression may lead to suicide which is a leading cause of death in the age group of 15-39 years. Suicide deaths have drastically increased since 1990. Around 230,314 suicide deaths were recorded in 2016. Student suicides are also on the rise, close to 26,000 students committed suicide from the year 2014-2016. With the continued trend, India won’t be able to achieve the sustainable development goal of the UN to reduce the global suicide death rates by one-third by 2030. Child and adolescents also suffer from various mental maladies, they are severely affected, and suicide is emerging as a major concern in this age group. Mental illness leads to poor quality of life, decreased productivity, and lower earning potential.

According to National Mental Health Survey, approximately 150 million Indians need professional care for their mental health conditions but only a small proportion of them are able to access mental health services. Nearly two-thirds of people with a known mental disorder never seek help from a health professional resulting in a huge treatment gap. This treatment gap could be because of several reasons such as stigma associated with mental illnesses, lack of awareness, lack of resources, poor infrastructure for mental health and apathy on the part of policy makers to counter these problems.

Stigma of mental illness in Indian society is a significant hindering factor in delivery of mental health services. It prevents the afflicted people to reach the mental health facilities resulting into neglect in the care of mentally ill. As a consequence, mental health is one of the most neglected areas in India. It has been found that the attitude of doctors of other than psychiatrists and other healthcare professionals contributes to the stigma due to their limited knowledge and awareness about psychiatry and mental health problems. In many cases people are not even ready to acknowledge mental health problems.

Because of stigma, mental illness is often discounted and the affected person is discouraged from seeking treatment with the advice to be strong and to snap out of the condition. People in need of help should be advised to seek expert help and those on treatment should be advised to regularly visit their psychiatrist and comply with the instructions.

The mental health work-force in India is extremely low considering the prevalence of mental disorders – there are 0.3 psychiatrists, 0.12 nurses, 0.07 psychologists and 0.07 social workers per 100,000 population. The available professional manpower is much less than the laid down WHO standards.

Stigma and inadequate manpower, combined with lack of adequate infrastructure for mental health, make the situation worst. It is not surprising that India is among the most depressed countries in the world.

The District Mental Health Program, started in 1996 under the National Mental Health Program, had aimed at the integration of psychiatry services with general health services as one of its key goals. However, it has largely remained a psychiatrist-oriented program, and the desirable transfer and integration of care from psychiatrists to general medical practitioners have not been achieved.

Treatment and cure for mental illnesses is of utmost importance, and ignoring or neglecting them can escalate the issue pretty exponentially. There is much to be achieved and progress needs to be made in almost all aspects of the mental health framework. Adaptation of therapeutic techniques to Indian sub-cultures, temperaments, and cognitive biases needs to be addressed to stay ahead of the challenges professionals are currently facing. Policy makers should promote availability of and access to cost-effective treatment of common mental disorders at the primary health care level.

An environment needs to be created which promotes healthy living and encourages people to adopt healthy lifestyle. Mental health promotion will now receive more focus, with its inclusion into the Sustainable Development Goals that need to be addressed through comprehensive strategies for promotion, prevention, treatment and recovery in a whole-of-government approach.

Introduction of the Mental Healthcare Act, 2017 protects the rights of the mentally ill and enables citizens to decide the ways they wish to be treated when fall mentally sick.

Observed annually on October 10th, World Mental Health Day is a public awareness observance day to raise the public’s awareness about mental health issues that affect people all over the globe. It also gives mental health professionals opportunity to dispel mental health myths, reduce the stigma and to help people with mental illness to be aware of their rights.

The theme for this year’s Day is “suicide prevention”. This theme is highly relevant in view of the fact that close to 800 000 people die due to suicide every year across the globe and 17% of these suicides are committed in India. One person every 40 seconds dies of self-killing. Behind every suicide there are 20 suicide attempts.Suicides and suicide attempts have a ripple effect that impacts on families, friends, colleagues, communities and societies.

Suicides are preventable. Much can be done to prevent suicide at individual, community and national levels. It is time for us to spread awareness about mental disorders, their management and prevention. It is time also to reflect upon some of the challenges we face as a society in India.