HealthWire
Home Latest News Who Are Leading The Charge At WHO To Stop Global Spread Of... New Delhi: Who are the most important players leading the charge against the coronavirus outbreak? Although, the virus outbreak is still by and large confined to china, public officials around the globe are alert to the situation.

The nature of the response from public health officials around the world has varied. While officials in China have mainly concerned themselves to containing the virus, countries that have seen only sporadic cases are trying to prevent flare-ups. Other countries that have not seen anybody infected with the virus are readying a strategy in case they do.

Here, we have prepared a list which is not comprehensive as it does not include countless frontline health care workers who are trying to save lives and prevent new cases. This list includes only the important persons who are leading the charge at the WHO. The former Ethiopian health minister is the director-general of the WHO since July, 2017. He does not hesitate to travel to outbreak zone. He traveled to Beijing last month for consultations with Chinese health officials, and back in Geneva has presided over regularly WHO briefings on the latest updates.

Since then, he has been requesting world leaders to show solidarity. However, his handling of the situation also attracted criticism. Some accused him of kowtowing to Beijing. 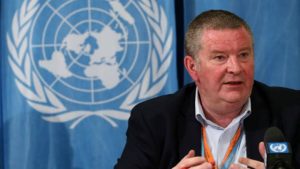 He is executive director of WHO’s health emergencies program. He has decades of experience in responding to health crises and is a consummate field epidemiologist. An Irishman known for both his verbal fluidity and his bluntness on occasion, Ryan has regularly joined Tedros in providing updates on the outbreak.

She is the WHO’s subject matter expert for coronaviruses. Prior to joining the WHO, Van Kerkhove was with the Institut Pasteur in Paris and Imperial College London. 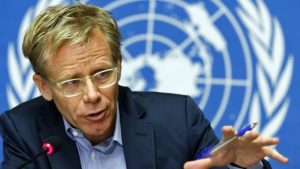 Aylward, a former assistant director-general at the WHO, is leading the agency’s multinational WHO expert mission to China to learn more about the outbreak and how China is responding to it.

His job is to learn more about how the coronavirus is transmitted, and how serious is the infetion. He and his team are also tasked with to assess the impact of China’s response to the otbreak.