HealthWire
Home COVID 19 “We Hope That The Basic Hygiene Practices, Forgotten In The New World,... 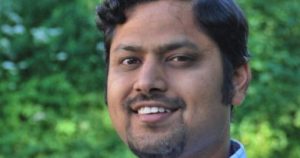 By 8 pm on March 12, Norway, one of the healthiest countries in the world, witnesses its first Corona virus related death. Entire country pledges to stop the spread of this virus as the Prime Minister announces ‘most far-reaching measures in peacetime’ would be taken. While I am at my routine radiology job, we get a panic call that patient contact should be only on emergency basis. We update the information on our website and reschedule the patients. Meanwhile, I get another message that schools and creches will be shut down from tomorrow. Most of the IT and finance companies announce a blanket ‘work from home’. By evening, people were rushing to the departmental store, grabbing every other commodity they would be needing in next three weeks. Ironically, many of them are stocking up a beer brand called ‘Corona’!

This day, the total Corona infected count mounts up to 741 people, with 110 of them detected positive today. And thus, this country in arctic circle, steps ahead of Japan in number of Corona cases. World has not witnessed such a rapidly advancing pandemic in decades. Most of the infection in Norway has been transmitted from Italy (105) and Austria (250). Barely less than 5 cases have actually been transmitted from China or Japan. This clearly explains how the disease is finding new epicentres, and adapting in new ecosystems.

At the same time, a large case detection in Norway could also be due to alert health system, which is testing promptly every other person at risk. More than 90% of detected cases have mild or no symptoms. The death which happened on this day, was an old and sick patient who happened to harbour Corona virus too. Although, details are yet not available, but experts have argued about low death-rate associated with the virus. Yet, the healthcare of new age has reached such a stage that even 2% death-rate worldwide is not quite acceptable.

Preventive health should be adopted to ensure virus does not reach the vulnerable people.

Worldwide, there had been more than 1,26,500 cases, with more than 4700 deaths. But, among them, more than 3000 deaths happened in the primary epicenter- China. Italy and Iran followed, with total deaths together of more than 1000 people. Rest of the world has not witnessed much pf the deaths, although a huge population is infected. This is due to healthcare alertness strategies.

China, Italy, Iran were almost caught by surprise. China certainly had no clue to begin with, while Iran and Italy didn’t quite think it would hit them. Countries like Norway, however, have been strategizing in advance. Yet, the free European borders brought the virus quite naturally to this cold country. Norwegian long winters is an ideal ecosystem for such viruses. A famous incident is of a person who died from Influenza in North Norway hundred years back. He was buried, but the body could never decompose due to freezy cold temperature, and the virus too lived in his corpse for hundred years!

When the country knows well that the virus would not vanish of its own, only feasible strategy is to contain the spread. Extensive quarantines are being imposed. Anybody and everybody, who has been in contact, are asked to be locked-up at home for 2 weeks. Offices have hand-sanitizers installed at every desk. Hygiene videos were showed to children in school. Official alerts from health department keep popping up. Healthcare professionals are at red alert. Gymnasiums and swimming pools are shut-down. Trains and buses are emptier than ever. And now, with schools and offices locked up, one may say that entire Norway has come to a halt. A long pause for three weeks, assuming that the virus wouldn’t spread any further, and disease would die its own death.

But, we certainly don’t know what miracle would happen after three weeks. In the era of globalization, measures taken by one country is not enough. The whole world would have to pledge that one would never infect the other. Thankfully, the process is quite easy, as the disease doesn’t spread by air or water. Clean hands, and clean contacts would contain the transmission. We hope that the basic hygiene practices, forgotten in the new world, would be revived in this exercise.