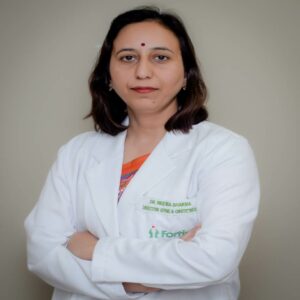 The unintended pregnancy rate, the world over is high. This was estimated as 70 per 1,000 women aged 15–49 in India in 2015 published in Lancet. Research indicates that women living in poverty, lack of education, lack of information about contraception or a lack of responsibility about preventing pregnancy are at increased risk for unintended pregnancy.

A major consequence of unintended pregnancy is induced abortion. Research has shown that having an abortion for an unintended pregnancy does not increase a woman’s risk for depression, anxiety or post-traumatic stress disorder. However, continuing unintended pregnancy contributed to increased risks of maternal depression and parenting stress according to an article published in BMC in 2015. This leads to domestic violence as she is forced to stay in contact with violent partners, putting them and their children at risk.

Unwanted baby is associated with deficits to the subsequent child’s cognitive, emotional and social processes.  These children are more likely to experience negative long-term outcomes in adulthood, such as an increased likelihood of engaging in criminal behaviour, dependency on public assistance, and having an unstable marriage.

Women who are denied an abortion are more likely to initially experience higher levels of anxiety, lower life satisfaction and lower self-esteem compared with women who received an abortion. A study conducted by the World Health Organization and the Guttmacher Institute found that the vast majority of abortions are safe in countries where abortion is broadly legal, while most are unsafe in countries where it is highly restricted.

It is estimated that before the legalization of abortion in the United States, about 1 million abortions were being performed annually, few of them legally, and somewhere between 1,000 and 10,000 women died annually from complications following these often poorly performed procedures. The procedure itself is related to complications like haemorrhage, uterine perforation, cervical injury, and infection.

Unintended pregnancy is also seen more common in unmarried or at either end of the reproductive age span. Thus increasing medical and social burdens for children and their parents. The mother is more unlikely to seek prenatal care and get involved in smoking tobacco and drinking alcohol. The mother may be at greater risk of physical abuse herself, and her relationship with her partner is at greater risk of dissolution.

Proper education and counselling about contraception and the availability of health care facilities for induced abortion are required to have an optimum outcome.

Exclusive Interaction On How Ayurveda Helps Boost Immunity Against Covid-19

World Liver Day: Things You Should Know About Your Liver