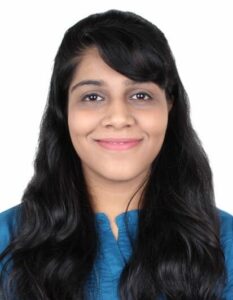 Coined in 1978 by Suzanne Imes and Pauline Rose Clance, the imposter syndrome phenomenon can be defined as persistent feelings of self-doubt and inadequacy, despite evidence of success.

When this was coined, the study showed it to be prevalent amongst women high achievers. Upon further study, they found this was prevalent across parameters of gender, race, sexual orientation. But even more so amongst minorities.

A study in 2013 in U.S.A. found that Asian Americans reported higher imposter feelings that was further linked to being predictors of mental health, especially depression and anxiety. (Cokley et al, 2013).

The key characteristic of this is the attribution of successes and achievements to luck rather than skill and the plaguing fear that they will be ‘found out’ and undermining their own skill and expertise. Individuals experiencing this may also attribute the reason for their success to an ‘easy’ task (i.e. lowering of standards) or having extra support to complete it.

Research has shown that the imposter phenomenon is prevalent in 70% of the population.

Even famous personalities like Natalie Portman, Tom Hanks and Arianna Huffington, to name a few out of many, have admitted feeling similarly. All of them mention that it is the constant self-doubt and the disbelief at how far they have reached.

“How did I get here?” was Tom Hanks’ constant thought even at the current stage of life he is in. In Natalie Portman’s Harvard commencement speech (2015), she mentions constantly feeling like there has been a mistake during her time at Harvard Yard in 1999 and that she was not ‘really’ smart enough to be there.

It is important to note that although this is not an official diagnosis or clinical concern, there is widespread acknowledgment and acceptance that this is a very real experience that is become increasingly common and has an adverse impact on mental health, especially amongst young adults. The prevalence is at 20% in a sample of students at Brigham University (2019) for instance. It has also been documented across many disciples at an undergraduate and post-graduate level in higher education such as psychology, engineering (Felder,1988), medicine, nursing, to name a few (Parkman, 2016)

So where do these feelings stem from?

The researchers who first came across imposter syndrome, Imes and Clance, found that those who reported higher feelings of imposter syndrome came from families who strongly focused on achievement. Parenting style also played a role here- those whose parents employed a mixture of excessive criticism and then excessive praise had increased feelings of self-doubt.

While our primary social environment has always played a huge role in internalising different values and ideas of self-worth, it is also bolstered by the society at large. The societal pressure to achieve that is so prevalent and almost feverishly dominant has a huge impact on one’s self worth.

The familial and societal injunctions are especially noticeable in Indian society where the emphasis on achievement is present from a very young and impressionable age, thereby cementing the association between achievement and self-worth even further.

Sometimes, career decisions are even made by parents or influenced by families very strongly, thus diminishing the ability to trust yourself and make independent decisions.

Gender norms also influence this where women are constantly questioned about their decisions which might lead the seed of doubt to grow into feelings of imposterism.

An individual’s self-worthiness becomes conditional on their ability to achieve or not (Examples of internalised thoughts: “I am worthy of love and validation only if I achieve xyz; I am worthless if i am not achieving what has been set out for me”).  So, if you do not achieve what you had set out to in the exact way you had envisioned, your self-esteem and confidence in your abilities plummets. Despite proven abilities and expertise, it then becomes very hard to believe and internalise that you do have the skills and your success is directly attributable to YOU.

Imposter syndrome and perfectionism are also very intricately linked. This could mean that help is rarely asked for (even when needed) and over-preparation i.e. taking more time than necessary. Sometimes, it might even result in being uncertain about the result, despite the time and effort spent on ‘perfecting’ it.

This then becomes an endless cycle that can result in high achieving individuals combating imposter feelings by simply working harder, longer and seeking perfection to feel more confident which might be simply a temporary way of coping.

How To Deal With Imposter Phenomenon

So how does one break this cycle and deal with the imposter phenomenon?

To a friend, colleague, mentor. Sharing your feelings with someone else will help you feel less alone in your experience. Knowing that this is not just unique to you will make it feel less intimidating and make you more open to talking about it and seeing what has helped others.

Language is the vehicle of communication. What you tell yourself and the way you say it makes a huge difference to how you feel. It could be something as simple as acknowledging and appreciating your success for what it is – a result of your hard work and perseverance- instead of attributing it to luck or other extraneous factors. Eg: “This success is not because of luck or because this task was easy. It was because of my skill and hard work”.

Research has also shown that self-talk in the third person is also effective in internalisation as it creates a visual distance and enables us to see ourselves and our context from the larger perspective, as demonstrated by LeBron James when he spoke about his decision to leave a team and Malala Yousafzai when she was conflicted in her decision to speak out against the Taliban. It helped invoke courage and compassion in them as they were able to see their situation from a third person’s perspective when they spoke about themselves in the third person.

Making a realistic assessment of your strengths and growth areas will fuel real personal and professional growth, not simply the movement that comes from constant self-doubt. Writing down what you are skilled at and the areas that actually need growth will help you recognise what areas you are doing well at and where there is need for improvement.

Exploring this in individual therapy might be very useful to deconstruct and understand deeply where one’s feelings of imposterism might stem from and to develop better coping mechanisms. Doing so will also help in dealing with the accompanying anxiety in healthier ways.