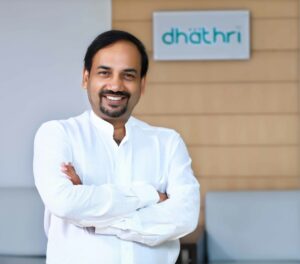 Overweight and obesity are defined as abnormal or excessive fat accumulation that presents a risk to health.

Today, childhood Obesity is fast becoming a global health problem. About 38 million children under the age of 5 were overweight or obese in 2019, and currently, about 83% of men and 72 % of women are overweight, world over, according to a report from WHO.

In Ayurveda, obesity is regarded as medoroga, a disorder of meda dhatu, which includes fat tissue and fat metabolism. It begins with the imbalance of the doshas (Vata, Pita, and Kapha), of agni (digestive fire), the malas (waste products) or an imbalance of shrotas (microcirculatory channels). This collection of imbalances then interferes with the formation of tissues or dhatus which in turn leads to excess weight.

Obesity can be treated effectively through a holistic approach of balanced nutrient intake and rational use of Ayurvedic medicine and Yoga. It is based on 4 key pillars – AVOK(ahara, vihara, oushadha, kriya). Following a few simple steps with a certain amount of discipline under each of these pillars can go a long way in dealing with weight gain and keeping obesity at bay.

According to Ayurveda, warm water is a natural detoxifier. It mops up impurities as it travels through an over-taxed digestive system, sweeping away molecules left behind from partially digested food thereby slowing down the building of toxins.  The rule of thumb is to drink ¼ capacity of the stomach while eating. Drinking water just before a meal dilutes agni, which in turn hinders digestion and leads to weakness. Drinking water right after a meal increases Kapha, causing weight gain. The ideal time to drink water is right after waking up in the morning, and one hour before and one hour after each meal.

Mindful eating is about being conscious and present while eating. When food is eaten mindfully, the brain sees, tastes, smells and feels, and sends signals to the stomach to release enzymes and juices to digest the food. According to Ayurveda, you are not what you eat but what you digest. Ayurveda recommends that it is best to avoid:

Ayurveda also propagates a certain regimen and a way of living to manage obesity.  When you sit down to eat your meals, always eat with a proper frame of mind and in a positive environment.  Do not talk or laugh while eating and do not eat on the run or while watching TV. It is best to avoid sleeping soon after a meal and make sure to give it a least two hours between your dinner and bed time to improve digestion.

Due to the increasingly fast paced lifestyle these days, most of us land-up doing shallow breathing which in turn reduces oxygen intake impacting the overall metabolism of an individual.   Practicing diaphragmatic breathing such as Bhasrika can be highly beneficial as it strengthens the heart and lungs, improves the digestion, and calms the mind.  Certain gentle yoga asanas such as the Palm Tree pose, and the Triangle Pose can also be very helpful in digestion and fat burn.

Oushadha or medicine is an essential component in treating obesity. However, it is imperative that you consult with a physician first because the treatment varies as per the prakriti (constitution) of the body. However, there are certain Ayurvedic herbs and drugs that can help in overall weight management.

What’s important to remember is that Ayurveda looks at the whole individual and the underlying cause for any imbalance. It works on treating the root cause of the problem instead of just working on the symptoms. When we stray away from natural rhythms, we begin to create imbalances that lead to issues such as lack of proper digestion, insomnia, and a disturbed mind. When we observe these natural cycles, general well-being re-emerges, helping to create a more healthy body and mind.