HealthWire
Home COVID 19 Stigma: The Cruel Side Effect of COVID19 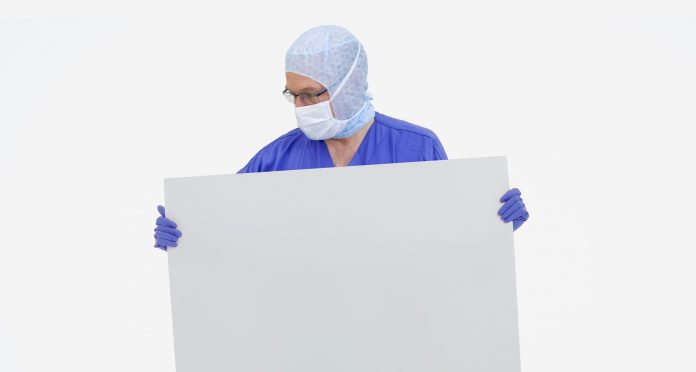 The world has entered its sixth month with COVID19. These 180 odd days have unleashed great disruptions and losses, some permanent, in our way of being. The health costs of the pandemic have been staggering. Millions have been infected, billions affected and hundreds of thousands have succumbed to the virus. This great struggle against the disease has seen heroic responses from frontline workers and their families. It is without doubt one of the greatest concerted common human effort against any challenge in modern history.

But as we stop and assess at what has been lost and what has been gained, a disturbing social trend, which goes far beyond the tragic human loss has surfaced. The stigmatization of the disease, those it infects and their loved ones has been the greatest secondary scourge of the pandemic. Each day, one hears of a dispiriting story of discrimination and apathy against patients and frontline workers.

Newspaper headlines are replete with stories of doctors being asked to vacate their premises, health workers being denied basic civic rights and local administrations and ‘welfare’ associations taking arbitrary steps to keep those who ironically keep them safe – out.

The Government’s messaging on COVID19 was one to create adequate awareness, and some trepidation around the virus. This helped in conveying the depth of the health crisis as early and in as succinct a manner as possible. The idea was to enable the acquiescence of the population on the merits of the lockdown and deliver the import of physical distancing at the forefront of the public health response to the crisis.

Regrettably, physical distancing soon morphed into unwarranted social isolation, especially for many healthcare workers. The grammar of ‘war’, ‘battle’ and ‘fight’, widely used across countries, soon turned against those infected by COVID19 by labelling them as the identifiable ‘enemy’.

Sociologists and medical ethicists had long argued against such constructs of the disease but to little avail. What ensued were a raft of measures, some officially sanctioned, which showed the underbelly of how discriminatory our society can be. Gated colonies refusing doctors back from work, border patrols restricting the movement of frontline workers in order to stop them from ‘bringing back the disease to their state’, victim shaming of a new perverse kind amongst residents etc. have all come to show how a moment for unity and social support was squandered.

On the other side of the fence, we now see patients bearing the brunt of the fear psychosis that has overtaken common sense in the country. Stories abound of patients being turned away from hospitals on the suspicion of bearing the virus. Some reports suggest lives being lost as a result. This is a deeper tragedy than the virus itself.

We did not choose the virus nor the pandemic, but our responses and choices against the virus are certainly ours. This stigmatization against patients and those potentially exposed is reminiscent of the global HIV/AIDS crisis of two decades ago. There too, the patient was held responsible for their disease status. Contentious amorous connotations were considered the only reasonable explanation for why or whether anyone could or would have the disease.

The moralising of disease is also being witnessed in the so-called lifestyle diseases, more formally known as Non-Communicable Diseases. Our choices are held as the reason why a disease may or may not afflict us. If one is diabetic, it is obvious that our eating habits are to blame. If one has lung cancer, then it must be in a smoker.

Liver disease is the sole preserve of the alcohol partaker. While these postulations may be true for many cases, they offer only a lazy ‘explanation’ for any disease in an individual. It is incumbent upon doctors, healthcare providers, political and social leaders to help better communicate diseases, its origins and its reasons in a more logical and scientific manner.

The stigma that has now surrounded COVID19 stems from some science and ample conjecturing. Social media has not helped with the viral scaremongering that has ably followed closely behind the spread of the virus. Yes, the virus is infectious and in certain cases highly fatal. Yes, the virus must be contained at all costs with minimum human lives lost or affected. But this larger ambition cannot be the reason for justifying discrimination against our fellow citizens.

The stigmatization and victim shaming must be stopped at all levels whether individual or community, self-governing or the State. Our future generations are watching the societal response to COVID19, and our attitudes and actions will shape many of their values and beliefs. Therefore, the delay in course correction will not only have an impact on those affected by COVID19 but will shape our very ethos which is reflected in each successive generation, gained through the retrospective learnings from the previous one.