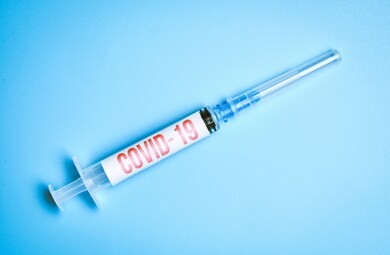 Remdesivir, the antiviral under clinical trials for treatment against novel coronavirus infection, is superior to the standard of care given to COVID-19 patients, according to a new study. The analysis has been published in the New England Journal of Medicine. It is based on data from the Adaptive COVID-19 Treatment Trial (ACTT), sponsored by the National Institute of Allergy and Infectious Diseases (NIAID) in the United States.

Adults admitted with COVID-19 and showing infection in the lower respiratory tract and suffering from moderate to severe disease were enrolled for the randomised but controlled trial. It was found by the researchers that remdesivir showed the best results on patients hospitalised with severe disease requiring supplemental oxygen. Researchers included those from New York University in the US.

“Preliminary results of this trial suggest that a 10-day course of remdesivir was superior to placebo in the treatment of hospitalised patients with COVID-19,” the scientists said in the study. However, they said that the findings of benefits in other patient subgroups were less conclusive in this analysis.

According to the study, the trial was double-blind, meaning neither investigators nor participants knew who was receiving remdesivir or placebo. The preliminary findings, which were based on an analysis of 1059 participants, noted that patients who received remdesivir recovered earlier than those who received placebo.

“We are awaiting final visits, data entry, monitoring, and data lock for the last of the 1063 patients enrolled, after which an update of the results will be provided,” the researchers noted in the study. The study defined recovery as being discharged from the hospital or being medically stable enough to be discharged from the hospital. The median time for this, the researchers said, was 11 days for patients treated with remdesivir compared with 15 days for those who received placebo.

An eight-point ordinal scale ranging from fully recovered to death was used by the clinicians to track patients’ health status on a daily basis. On comparing the clinical status of the participants on day 15, the scientists found that the odds of improvement in the ordinal scale were higher in the remdesivir arm than in the placebo arm of the trial.

However, the scientists noted that the difference in mortality was not statistically significant. But they said the findings support remdesivir as the standard therapy for patients hospitalised with novel coronavirus, and requiring supplemental oxygen therapy.

The researchers said the mortality rate of 7 per cent at 14 days in the remdesivir arm indicated the need to evaluate antivirals with other therapeutic agents to continue to improve clinical outcomes for patients with COVID-19. “However, given high mortality despite the use of remdesivir, it is clear that treatment with an antiviral drug alone is not likely to be sufficient,” the scientists noted in the study.