Lung cancer is one of the most prevalent cancers in the world, and an abundance of research indicates that lifestyle aspects, including smoking, physical inactivity, high-fat and refined-sugar diet, account for the majority of cases.

It is particularly important to consider how lifestyle decisions have an effect on lung health. Previously, survival from the advanced stage of lung cancer was low with average life expectancy, and chemotherapy was the only cure.

Immunotherapy is the use of medications designed to increase the effectiveness of the body’s own immune system against cancer cells. Immunotherapy has been in use for more than 5 decades, but recent advances in control point inhibitors have shown promising results in the treatment of different forms of cancers. 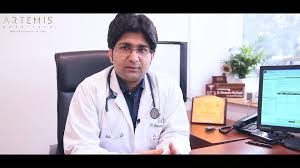 Smoking- Smoking cigarettes is by far the main cause of pulmonary cancer. Around 80 per cent of lung cancer deaths are caused by smoking, and many more are caused by exposure to second-hand smoke. Smoking is obviously the main risk factor for lung cancer but also combines with other factors. Smokers who are exposed to other established risk factors such as radon and asbestos are at an even greater risk.

Cancers in non-smokers – Interestingly, lung cancers in smokers and non-smokers have varying genetic and molecular levels. Women are the majority of non-smokers who register lung cancer. Several factors can cause lung cancer in non-smokers, including exposure to carcinogens in some form or gene changes. Non-smoking patients with lung cancer have also been shown to be comparatively younger.

People who do not smoke may have more subtle symptoms such as shortness of breath, exhaustion, back pain and cough. Sometimes these signs may initially be taken for some other illness, delaying diagnosis and treatment of the disease.

On the other side, smokers typically experience more noticeable symptoms such as aggressive coughing or coughing of blood that can be immediately associated with lung cancer. Non-smokers often appear to exhibit symptoms at a later stage of illness relative to smokers.

Air Pollution as a risk factor- Exposure to air pollution is estimated to cause 1.8 million deaths per year from lung disease and cancer. Globally, the prevalence of lung cancer is higher in highly polluted metropolitan cities. Air pollution is a major risk factor for lung cancer worldwide, especially in cities that are heavily polluted by industrial exhaust and vehicle emissions.

Is Immunotherapy Changing The Future Of Lung Cancer?

Immunotherapy has become a safe therapeutic choice for many cancer patients in the last decade but it’s not for every patient. In comparison to radiation and chemotherapy, immunotherapy does not treat cancer itself. Instead, it causes the patient’s own immune system to attack the disease.

Chemotherapy is traditionally used to treat cancer, particularly at an advanced stage. However, the biggest downside of this treatment approach is its failure to differentiate between healthy and cancerous cells, which ensures that many healthy cells of the body are also lost. The body’s immune system, which is already weakened by cancer, is becoming even weaker.

Immunology and immuno-oncology are considered to be the greatest revolutions in cancer care. These immune cells help our body fend off malignant cancer cells because if a person’s immunity is improved enough, it’s easier for the body to fight off the disease.

Many people have benefited from immuno-oncology treatment approaches. Immune booster therapy, credited with numerous accomplishments, is personalized to each person. Strengthened immune cells actively target and kill cancer cells without destroying the body’s healthy cells. Not only does it reduce the likelihood of remission, but it also reduces the crippling side-effects that are usually associated with remission.