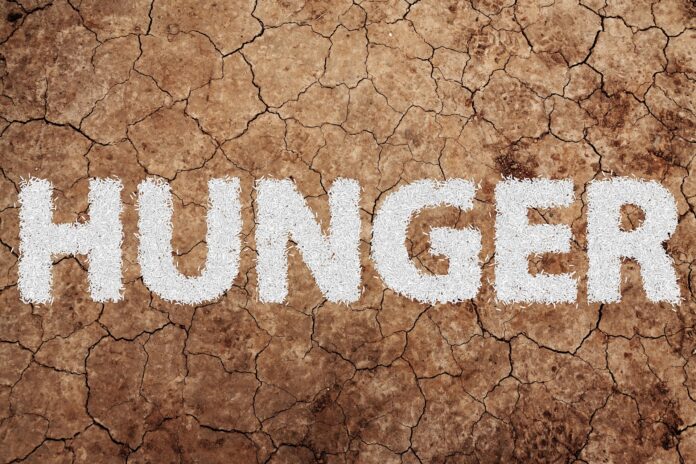 Photojournalist Padma Shri Sudharak Olwe frames will compel us to understand hunger better. The write up is written by Priya Pathiyan. She is from his team, and they travelled together.

Reed-thin arms, the swelling of oedema distorting their body, some with distended tummies, others wheezing with pneumonia, and most of them with disinterest in their eyes and lethargy in their limbs this is the state of India’s children.

While they may not all be dying of starvation before our very eyes, millions of India’s children are at risk of having lifelong problems because their daily diet does not support their physical and cognitive development. And this is just the tip of the iceberg, as studies estimate that the situation will only escalate further in the years to come.

Many organisations are working to address this huge problem besetting our next generation and its dire repercussions on productivity, but is help reaching the right people? What exactly lies at the end of the chain? How do the Integrated Child Development Services’ (ICDS) outreach programmes via Anganwadi Centres actually work? Are there any success stories that throw light on how things can be done right? It’s only by investigating conditions at the grassroots level that one can get answers that present the true and whole picture.

Swapna and Suresh Bhumiz both work in the tea gardens near Moran in Dibrugarh, one of Assam’s biggest tea-producing regions, earning a combined salary of about Rs 1,200 every week, which has to feed five mouths. Their twins Deep and Arati (11 months) are both under-nourished, having started off in life with low birth weight. Their grandmother shares in hushed tones that the boy is even worse off, as he doesn’t suckle properly. Their older brother Naren (3.5) sits swaddled on the bed. He suffers from scabies but the family doesn’t have money for medical treatment for his skin condition or to help his siblings.

The Gino village in the Lahuwal block has a number of such families. Lokiram Gwala (23), originally from Jharkhand, earns about Rs 167 a day. He has a drinking habit, a wife and three children. His wife Puja breastfeeds her youngest child – Preeti (12 months) – but hasn’t been able to produce enough milk from the start. Deb (4) also goes to the Anganwadi with his mother and younger sister daily and gets to eat some rice or khichdi under the mid-day meal scheme, as well as some packaged ready-to-eat food and take-home rations. Alisha, who is older than six, isn’t eligible to get the Anganwadi meal now and doesn’t go to school either. The kids have all been in and out of the Nutrition Rehabilitation Centre, but Lokiram isn’t happy about it as he feels the house gets neglected when Puja takes one of the children there.

As you approach the hut built on an embankment, you can see where the mighty Brahmaputra’s floodwaters have left a line on the mud before receding. For now, the family is counting its blessings that they didn’t lose a lot in the inundation this year. The two wrinkled women who sit on the porch surrounded by their brood could easily be dismissed as people passed their prime who are just eking out the end of their life. But you couldn’t be more wrong. Both of them are permanent Tea Garden Labourers, whose position at the Maijan tea estate have brought their family multiple benefits. One’s son NandanBhuyan works as a carpenter and is married to the other’s daughter Baisakhi (24). The couple has a daughter Naomi (5) and son Gopal (one month). Sadly, despite the family’s relatively better situation that even assured a company car to take Baisakhi to Dibrugarh to deliver her babies, both the children are malnourished.

Gopal, who was born with a low birth weight of 1 kilo 668 grams, only weighs three kilos a month later. Baisakhi stays home with him, while his father Nandan goes to work in Maijan village. They’ve consulted many doctors but are still not sure what is lacking in their children’s nurture. Other members of the extended family from surrounding huts pitch in to help when needed and they share their fish catch as well as provisions. But perhaps because it is a large joint family, there aren’t enough victuals to go around. Their precarious position on the floodplains, which keeps them in a constant state of uncertainty, only adds to the difficulties as every year, millions of people are displaced and there are grievous losses to life and property.