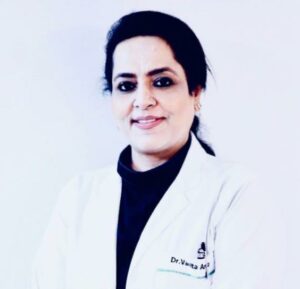 When there are blockages in the arteries supplying blood to the heart, we do bypass surgery by putting grafts beyond the blockages and bypassing blood directly to the heart.

So when there are blockages in the electrical wiring (heartbeat) of the heart, why do we look for an inverter? Why can’t we do the bypass of the blocked wiring and pace by putting lead beyond the blockage and bypass the electrical current directly to the heart? This is possible by physiological pacing (electrical bypass).

A pacemaker is a small device that has a computer chip with a built-in power source, in form of batteries that is half the size of a closed fist. This battery-powered device sends electric energy via 1 or 2 wires called leads. It sits inside the upper right (Right atrial) or lower right (right ventricular) chambers of the heart. Conventionally, it monitors the electrical activity in the heart and works as an invertor.

The cardiologist has been using a pacemaker as the invertor by placing the lead in the right ventricular apex region. This directly activates the heart muscle.

YOU MAY LIKE TO READ: Know More About Heart Failure: Management And Treatment

What is physiological pacing?

Hence Cardiac Electrophysiologist (EP’s) have started doing physiological pacing which does not involve the use of a pacemaker as an invertor. In this method, normal electrical circuitry of the heart is restored.

Since pacing in humans in 1962 was a breakthrough, it was always recognized that this was not natural physiologic pacing with reliance on the right ventricular apex (Lower chamber/ bottom part of the heart).

Pacemakers were synonymously referred to as artificial and were not representative of typical physiologic conduction. Early researchers were not oblivious of this fact and since then it has been a constant endeavor of EP’s to pace the natural conduction system – a goal unachievable for many years due to the dearth of technological know-how.

However, as years passed by and potential adverse effects of conventional non-physiologic Right Ventricular apical pacing began to emerge, it had an accelerating effect on innovation.

YOU MAY LIKE TO READ: Know More About Heart: Life With A Pacemaker

A newer concept is pacing at a specific site of Heart called “His bundle” as against conventional right ventricle pacing became a reality. His Bundle Placement (a specialized electrical fiber which is somewhat centrally located in the region partitioning the heart chambers) provides physiological/natural way of electrical energy delivery.

“HIS Bundle (physiological) pacing” is a novel method to re-engage the heart’s natural electrical pathways instead of going around them, which could mean comparatively effective treatment options for patients suffering from electrical disturbances or heart failure patients.

It is performed with additional tools and the technique which is associated with a learning curve.