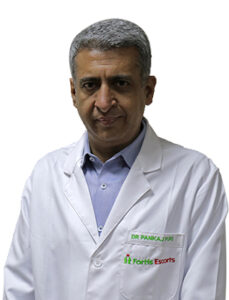 Liver disease in children can be inherited or acquired. The clinical manifestations are result of liver cell dysfunction and can be multi-faceted starting from low energy in the form of fatigue to severe manifestations like jaundice, fluid accumulation in abdomen and legs as well as brain dysfunction like irritability, loss of previously acquired milestones of development. When liver disease is suspected in children, the child should be shown to a liver expert.

The liver is the largest organ inside the abdomen. It has many important jobs. Some of them have to do with filtering toxic or harmful chemicals out of the blood, with using medicines and with processing other foreign substances. The liver also helps to digest food. It stores and releases energy and makes proteins to build the body’s cells and tissues and to allow the blood to clot.

A common notion that liver disease affects only adults is no-more true. If detected early, a lot can be done to treat children and new-borns found to have a liver condition. However, if the signs and symptoms are not spotted early, the effects can be so devastating that liver transplant remains the only option. Let’s look at some of the common and easily detectable symptoms in children suggestive of liver diseases.

Symptoms of acute hepatitis can look like other common childhood illnesses, such as the flu. Early symptoms include fatigue (feeling tired all the time), nausea or vomiting, loss of appetite, abdominal (belly) pain. As liver disease gets worse, symptoms may include dark urine, jaundice (yellowish skin and eyes), itching all over the body, bruising easily or bleeding for a long time, swollen abdomen from fluid building up (ascites), brain problems, such as confusion, irritability, unusual sleepiness during the day or sleeplessness at night (encephalopathy).

However, certain features are characteristically observed in children. Failure to thrive i.e. poor weight and height gain is very common in children as liver is the main organ for metabolism of nutrients. Liver disease can lead to a decrease in thickness of bones (bone density) causing easy bone fractures. There may be signs of rickets in infants that include weakness or older children may be bowlegged or have ribs that feel very bumpy where they meet the breastbone.

In newborns, features of liver disease include persistent jaundice for weeks, presence of a fever, any difficulty eating, more sleepy than usual or hard to wake up. If baby is irritable and is difficult to console, arches their neck or body backwards.

Obesity and associated fatty liver disease are another important consideration in paediatric population. Most commonly, children with NAFLD are asymptomatic. In such an instance, a doctor may notice abnormal blood tests during a routine well child check-up. Some children experience right sided abdominal pain, fatigue, or constipation. On examination, doctors may find obesity, especially in the waist area, an enlarged liver, signs of insulin resistance called acanthosis nigricans, a dark discoloration on the back of the neck and armpits, or the examination may be completely normal.

Liver failure is severe deterioration of liver function. Liver failure happens when a large portion of the liver is damaged due to any type of liver disorder. Symptoms may include general failing health, fatigue, weakness, nausea, loss of appetite, jaundice, tendency to bruise or bleed easily, ascites and impaired brain function or coma.

In summary, liver disease is not uncommon entity in newborn and children. Early diagnosis is important to prevent grave consequences of liver disease and need for liver transplant.