Keto-diet i.e. “Ketogenic,” or more popularly known as the keto diet is a low carb diet. This diet involves more calories from protein and fat and less from carbohydrates. This makes your body run out of sugar and run on proteins and fat, making you lose weight.

The Keto diet has a huge fan following which include Alia Bhatt, Kim Kardashian, Tanmay Bhat Megan Fox, Sonakshi Sinha. Some celebrities claim that that the diet works wonders.

However, there are also some celebrities who are not so enthusiastic about the keto diet.

After reports that Mishti Mukherjee, a Bollywood actress, died of renal failure due to the Keto diet, the debate gets more heated.

The diet eats into your body fat stores and is naturally high in appetite-sating proteins and fats, suppressing hunger. Therefore, it’s proven to aid in short-term weight loss. By reducing the number of carbohydrates you eat, you’re depriving your body of its regular supply of energy, forcing it to dip into its fat stores for fuel.

Keto is a great way to reduce your carbohydrate intake and kick-start your weight loss journey. However, the keto diet isn’t “meant to be an ongoing way of life.

According to Salil Jain, Director-HOD, Nephrology and Renal Transplant, Fortis Memorial Research Institute in Gurugram, a Keto diet is high in fats and proteins and low carbohydrates. If you consume a lot of these foods, especially red meat, it may lead to a higher risk of forming kidney stones.

Research on the long-term effects of ketosis is limited. So if you’re planning on following the diet for an extended period of time, it’s worth consulting a doctor or dietitian to know whether keto will be good for your health or not.

Jillian Michaels, American personal trainer and “The Biggest Loser” fame, had called the keto diet, “downright dangerous.” She wrote on her blog, “Do not go keto. Just work out, eat clean, and don’t overeat. 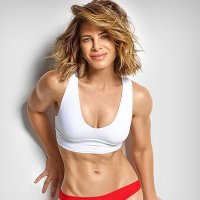 Witney Carson fame from  “Dancing With The Stars”, also didn’t give the keto diet anything approaching a ringing endorsement. She added, “I’ve done keto before, and I felt really gross,” she said. “I did lose weight on it, but my skin broke out. I have eczema and my eczema was super, super bad.” I’m just trying to stick to whole foods and trying to eat clean. 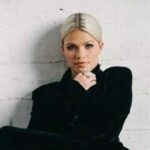 In a 6-month study conducted in 2004 on 83 obese patients, the keto diet was found to have reduced glucose, LDL, and triglyceride levels and improved HDL levels while helping the patients to reduce weight.

But experts aren’t exactly sure how ketosis affects the body over time, and some doctors caution that such severe restriction can be unsustainable.

Yes, you might drop pounds, but you should also watch out for the following side effects or complications like keto flu, Diarrhea, Reduced athletic performance, decreased metabolism,  increased risk of heart disease, and kidney damage.

Parmeet Kaur, the Senior Dietician at Narayana Hospital in Gurugram, said “Once you start a keto diet, the results start showing up in one week. It works that fast because the body starts using body fat itself to produce more energy than carbohydrates.”

“But prolonged intake of fat has the high risk of increasing cholesterol and also high protein puts pressure on kidneys. Some Keto diet followers even report low blood pressure as well which in the long run can result in heart diseases,” Dr. Kaur added.