HealthWire
Home International Women’s Day 2020 Is It Safe For Women With Heart Disease To Become Pregnant? Greater awareness about specific heart ailments, advanced treatments and better management have made it safer for women with heart disease to become pregnant

With Greater awareness about specific heart ailments, advanced treatments and better management, it has now been safer for women with heart disease to become pregnant. A decade ago, the risks were too high. Even today, women with heart diseases are at a higher risk compared to normal healthy women for pregnancy; however, it is safe if proper medical advice and counselling have been taken before going for pregnancy.

Risks during pregnancy are higher in case of women had heart attack, diminished exercise capacity, decreased pump function of the heart and use of anticoagulant medications.

Over the years, I have dealt with many young women with heart disease but tackled the cases without any major complications. Studies also show that fewer women with heart disease die or have heart failure during pregnancy than it used to a decade ago. We advise, on every platform, to go for a pre-pregnancy consultation as it is very crucial in identifying those women who should not go for pregnancy due to severity of any heart disease. Moreover, the counselling also helps in initiating timely treatment for diseases so that at a later stage such women can have a normal pregnancy. 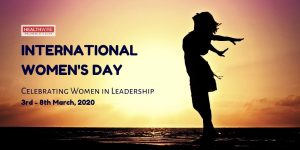 Compared to urban areas, women are more prone to heart diseases in rural areas and the problem is rising alarmingly. According to a Study published by The Lancet,between 2000 and 2015, the age-standardized rate of mortality (per 100,000 person years) due to coronary heart diseases increased among rural men by over 40% even as it declined among urban men. For women, the increase was over 56% in rural India. Hence, for a safer pregnancy with heart ailments among women needs special attention in rural India. Another survey also stated that nearly 50 per cent of women in India live with an abnormal cholesterol level, an alarming indicator of the risk of their being prone to cardiovascular diseases (CVD).

The proportion of women with conditions considered very high risk by the World Health Organization increased from around 1% in 2007 to 10% in 2018. It clearly indicates that that more women with very high risk heart diseases are becoming pregnant than in the past. This is probably because corrective surgery has improved survival and more women reach reproductive age and now experts have become very selective in advising women to avoid pregnancy.

“Now we have improved version of globally recognised guidelines on the management of cardiovascular diseases during pregnancy. This year an improved version was published. Such guidelines and expertise of medical professional combined together make pregnancy safer for women with heart diseases,” Dr Archana explains.

Going by surveys and studies, it is evident that less than 1% of women died during pregnancy or the early post-partum period. Women with pulmonary arterial hypertension, meaning an abnormally high blood pressure in the lungs, had the highest rate of death.

Overall, the experts are witnessing that new diagnoses of heart failure during pregnancy, corrective surgeries/treatments, and greater awareness of the specific problems and better management of pregnant women with heart disease have become powerful catalyst in declining the deaths during pregnancy among those women who have heart problems.