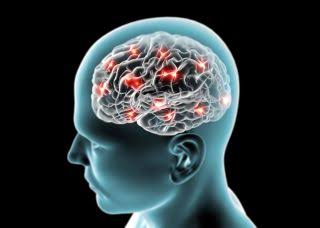 New Delhi: Key facts Epilepsy is a chronic noncommunicable disease of the brain that affects people of all ages.Around 50 million people worldwide have epilepsy, making it one of the most common neurological diseases globally.

Nearly 80% of people with epilepsy live in low- and middle-income countries.

It is estimated that up to 70% of people living with epilepsy could live seizure- free if properly diagnosed and treated.

The risk of premature death in people with epilepsy is up to three times higher than for the general population.

Three quarters of people with epilepsy living in low-income countries do not get the treatment they need.

In many parts of the world, people with epilepsy and their families suffer from stigma and discrimination.

Epilepsy is a chronic noncommunicable disease of the brain that affects around 50 million people worldwide. It is characterized by recurrent seizures, which are brief episodes of involuntary movement that may involve a part of the body (partial) or the entire body (generalized) and are sometimes accompanied by loss of consciousness and control of bowel or bladder function.

Seizure episodes are a result of excessive electrical discharges in a group of brain cells. Different parts of the brain can be the site of such discharges. Seizures can vary from the briefest lapses of attention or muscle jerks to severe and prolonged convulsions. Seizures can also vary in frequency, from less than 1 per year to several per day.

One seizure does not signify epilepsy (up to 10% of people worldwide have one seizure during their lifetime). Epilepsy is defined as having two or more unprovoked seizures. Epilepsy is one of the world’s oldest recognized conditions, with written records dating back to 4000 BC. Fear, misunderstanding, discrimination and social stigma have surrounded epilepsy for centuries. This stigma continues in many countries today and can impact on the quality of life for people with the disease and their families.

Characteristics of seizures vary and depend on where in the brain the disturbance first starts, and how far it spreads. Temporary symptoms occur, such as loss of awareness or consciousness, and disturbances of movement, sensation (including vision, hearing and taste), mood, or other cognitive functions.

People with epilepsy tend to have more physical problems (such as fractures and bruising from injuries related to seizures), as well as higher rates of psychological conditions, including anxiety and depression. Similarly, the risk of premature death in people with epilepsy is up to three times higher than in the general population, with the highest rates of premature mortality found in low- and middle-income countries and in rural areas.

A great proportion of the causes of death related to epilepsy, especially in low- and middle-income countries are potentially preventable, such as falls, drowning, burns and prolonged seizures.
Rates of disease

Epilepsy accounts for a significant proportion of the world’s disease burden, affecting around 50 million people worldwide. The estimated proportion of the general population with active epilepsy (i.e. continuing seizures or with the need for treatment) at a given time is between 4 and 10 per 1000 people.

Globally, an estimated five million people are diagnosed with epilepsy each year. In high-income countries, there are estimated to be 49 per 100 000 people diagnosed with epilepsy each year. In low- and middle-income countries, this figure can be as high as 139 per 100 000. This is likely due to the increased risk of endemic conditions such as malaria or neurocysticercosis; the higher incidence of road traffic injuries; birth-related injuries; and variations in medical infrastructure, the availability of preventive health programmes and accessible care. Close to 80% of people with epilepsy live in low- and middle-income countries.

Epilepsy is not contagious. Although many underlying disease mechanisms can lead to epilepsy, the cause of the disease is still unknown in about 50% of cases globally. The causes of epilepsy are divided into the following categories: structural, genetic, infectious, metabolic, immune and unknown. Examples include:

Seizures can be controlled. Up to 70% of people living with epilepsy could become seizure free with appropriate use of antiseizure medicines. Low-cost treatment is available, with daily medication that costs as little as US$ 5 per year. Discontinuing anti-seizure medicine can be considered after 2 years without seizures and should take into account relevant clinical, social and personal factors. A documented etiology of the seizure and an abnormal electroencephalography (EEG) pattern are the two most consistent predictors of seizure recurrence.

In low-income countries, about three quarters of people with epilepsy may not receive the treatment they need. This is called the “treatment gap”.

In many low- and middle-income countries, there is low availability of antiseizure medication. A recent study found the average availability of generic antiseizure medicines in the public sector of low- and middle-income countries to be less than 50%. This may act as a barrier to accessing treatment.
It is possible to diagnose and treat most people with epilepsy at the primary health-care level without the use of sophisticated equipment.

WHO pilot projects have indicated that training primary health-care providers to diagnose and treat epilepsy can effectively reduce the epilepsy treatment gap.

Surgery might be beneficial to patients who respond poorly to drug treatments.

An estimated 25% of epilepsy cases are preventable.

Preventing head injury is the most effective way to prevent post-traumatic epilepsy.

Adequate perinatal care can reduce new cases of epilepsy caused by birth injury.
The use of drugs and other methods to lower the body temperature of a feverish child can reduce the chance of febrile seizures.

The prevention of epilepsy associated with stroke is focused on cardiovascular risk factor reduction, e.g. measures to prevent or control high blood pressure, diabetes and obesity, and the avoidance of tobacco and excessive alcohol use.
Central nervous system infections are common causes of epilepsy in tropical areas, where many low- and middle-income countries are concentrated. Elimination of parasites in these environments and education on how to avoid infections can be effective ways to reduce epilepsy worldwide, for example those cases due to neurocysticercosis.

Epilepsy accounts for 0.5% of the global burden of disease, a time-based measure that combines years of life lost due to premature mortality and time lived in less than full health. Epilepsy has significant economic implications in terms of health-care needs, premature death and lost work productivity.

The economic impact of epilepsy varies significantly depending on the duration and severity of the condition, response to treatment, and the health-care setting. Out-of-pocket costs and productivity losses create substantial burdens on households. An economic study from India estimated that public financing for both first- and second-line therapy and other medical costs alleviates the financial burden from epilepsy and is cost-effective (1).

Although the social effects vary from country to country, the stigma and discrimination that surround epilepsy worldwide are often more difficult to overcome than the seizures themselves. People living with epilepsy can be targets of prejudice. The stigma of the disease can discourage people from seeking treatment for symptoms, so as to avoid becoming identified with the disease.

People with epilepsy can experience reduced access to educational opportunities, a withholding of the opportunity to obtain a driving license, barriers to enter particular occupations, and reduced access to health and life insurance. In many countries legislation reflects centuries of misunderstanding about epilepsy. For example:

In both China and India, epilepsy is commonly viewed as a reason for prohibiting or annulling marriages.
In the United Kingdom of Great Britain and Northern Ireland, laws which permitted the annulment of a marriage on the grounds of epilepsy were not amended until 1971.

In the United States of America, until the 1970s, it was legal to deny people with seizures access to restaurants, theatres, recreational centres and other public buildings.

Legislation based on internationally-accepted human rights standards can prevent discrimination and rights violations, improve access to health-care services, and raise the quality of life for people with epilepsy.

WHO and its partners recognize that epilepsy is a major public health concern. WHO, the International League Against Epilepsy (ILAE) and the International Bureau for Epilepsy (IBE) have led the Global Campaign Against Epilepsy to bring the disease “Out of the Shadows” to provide better information and raise awareness about epilepsy and to strengthen public and private efforts to improve care and reduce the disease’s impact.

These efforts have contributed to the prioritization of epilepsy in many countries, which resulted in regional declarations in all six WHO regions. The WHO Region of the Americas endorsed the Strategy and Plan of Action on epilepsy in 2011 and the World Health Assembly (WHA) resolution on the global burden of epilepsy (WHA68.20) was approved in 2015. The Resolution urges Member States to take coordinated action against epilepsy and its consequences.

Projects have been carried out in many countries to reduce the treatment gap and morbidity of people with epilepsy, to train and educate health professionals, to dispel stigma, to identify potential prevention strategies, and to develop models integrating epilepsy care into local health systems. Combining several innovative strategies, these projects have shown that there are simple, cost-effective ways to treat epilepsy in low-resource settings.

The WHO Programme on reducing the epilepsy treatment gap and the mental health Gap Action Programme (mhGAP) seeks to achieve these goals in Ghana, Mozambique, Myanmar and Viet Nam. These projects focus on expanding the skills of primary care and nonspecialist health providers at the community level to diagnose, treat and follow up people with epilepsy. These four pilot programmes have led to a considerable increase in access, such that 6.5 million more people have access to treatment for epilepsy should they need it.