India leads the world in the prevalence of tuberculosis (TB) as per World Health Organization (WHO).

World Health Organization’s 2018 Global TB Report suggested that the incidences of deaths due to TB will reduce with the improvement in diagnostic and treatment facilities, which reported the large and persistent gaps.

According to the report, “of the 10 million new and relapsed cases in 2017, only 6.4 million (64 per cent) were officially reported to national authorities and the WHO.”

“Ten countries accounted for 80 per cent of the 3.6 million gap, led by India (26 per cent). The gap is suspected to be caused by a combination of under-diagnosis and under-reporting. India also leads in cases of Multi-Drug Resistant TB (MDR-TB),” it says. 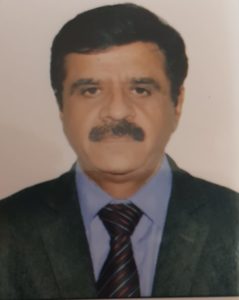 India’s leading Microbiologist and Chairman World TB Day at Indian Medical Association (IMA) speaks to Healthwire journalist Manzoor-ul-Hassan about challenges TB brings for the country and initiatives planned by IMA to help elimination of the disease from India in 2025.

Q Why is Tuberculosis still a challenge in India?

Dr Narendra Saini: There are four main reasons to it. One, Tuberculosis is an infectious disease and people have attached social stigmas to it that keeps them away from the treatment. Two, in most of the rural areas there is no proper diagnostic facilities available to detect the disease among the infected population. Three, TB is curable but requires a longtime treatment, at least for six months, which is why people stop medication in the midway. Four, female patients completely neglect themselves when they acquired this disease because social stigmas affected them more as compared to males. There is a WHO data which highlighted that females approaching for treatment are least.

Q What is the mortality rate recorded due to Tuberculosis in India and how much it contributes to the global prevalence?

Dr Narendra Saini: As per the latest data, about 2.7 million Indians are affected by Tuberculosis and 0.5 millions of them die every year. The prevalence of TB in India contributes 27 percent of the global burden of the diseases. Presently, there are nearly 10 million TB patients in the world.

Q Which states are still lacking behind in the TB treatment plan implementation?

Dr Narendra Saini: I can’t specify any state as it may bring a bad news for the people there. But, I can tell you for sure that states where literacy rate is less, the burden of TB is more. That is why we are focusing more on the mass awareness so that we will be able to reach those who are ignorant about the diseases and its treatment.

Q What specific research and activities has Indian Medical Association (IMA) done towards the elimination of TB?

Dr Narendra Saini: We have not completed any specific research as such. But, we came to know through our public aware campaigns that most of the female patients are not coming for treatment. It is a biggest challenge and target for us.

Q What has IMA done to find reasons of high prevalence of TB in India?

Dr Narendra Saini: We have started focusing on female patients more so that they don’t shy away from treatment anymore. As theme for this year’s World TB day goes ‘It’s time’. For us it’s time to motivate females who don’t take treatment due to social stigmas and lack of family support. We are also tracking patients who drop-out of the treatment.

Q What are other specific indicators about TB in India?

Dr Narendra Saini: One-third of 2.7 million TB patients in India have Multi-drug resistant tuberculosis and nearly 90,000 are infected with HIV. As per WHO, India contributed to 0.4 million deaths due to TB in 2017.

Q What are your future plans to aware people about the disease and end it?

Dr Narendra Saini: We are going to launch a vibrant and rigorous awareness campaign about TB in different parts of India on World TB Day so that active case detection becomes a norm. We also want to aware doctors so that they notify the disease immediately. It will prevent drop rate percentage to a large extent. We are also trying to bridge a gap between government and private practitioners. Research projects and data management activities will also be taken up.

Q How successful are the government-run programs under RNTCP to eliminate TB?

Dr Narendra Saini: RNTCP is a good program but somehow the implementation is not proper. Free drugs are available in government sector but people prefer private doctors to stay away from public gaze. That is why government should empower private practitioners with the help of NGOs so that no case is missed.

Q How much helpful is the Nikshay app?

Dr Narendra Saini: It’s a good initiative because patients get registered and traced easily. They also get reimbursement from the government to support their further treatment. Only thing which is needed is the management of data in private sector. The non-reporting in private clinics is the major issue in way of TB elimination. It happens due to lack of diagnostic facilities in there.

Q What are your suggestions to decrease MDR TB among Indian population?

Dr Narendra Saini: The best way to prevent the MDR TB is to take proper treatment without any break. If anyone has MDR TB patient in family, they should take proper care and precaution so that it doesn’t spread.

Q What steps government should take to improve?

Dr Narendra Saini: They should work on inventing newer drugs, vaccination so that treatment has fewer side effects. Government should also help private sector doctors to uplift facilities at their centers so that every TB patient gets treatment at the right time

Q What is your message on World TB Day?

Dr Narendra Saini: We have made a commitment to the world that we will eliminate TB in 2025. Our slogan for 2019 is “IMA ka naara TB se chuthkara”. This is only possible if public is aware that TB is not a social stigma, it’s a long treatment and totally curable disease that too when the treatment is available for free. So that no one leaves it in the midway. If anyone has cough for more than 2 weeks they should see a doctor and insist on sputum examination immediately.