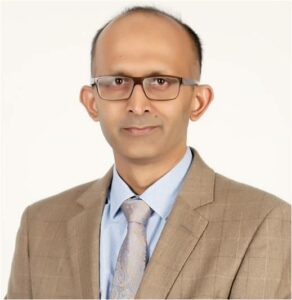 Robotic surgery has been around for about two decades now.

“Nowadays, we perform a good percentage of cancer surgeries robotically. I find that robotic surgery delivers far superior performance and outcomes than the open or laparoscopic surgery. Most of my onco-surgeries done with robotic assistance have surpassed the expectations of the procedure leading to early recovery of the patient,” says Dr. Sandeep Nayak.

Surgeries require a great deal of expertise. A surgeon’s skills are tested each time he or she performs surgery.

In order to perform successful surgeries, the surgical site should be visible to the surgeons in a much better way. This could reduce the chances of surgical errors, and also ensure that the medical condition of the organ has been properly solved. Also, to reduce the risk of error due to human fatigue and stress, the process of performing the surgery could be made more comfortable.

The Presence and Performance of Robotic Surgery Pan India

In India, there has been an increasing number of cases of orthopedic, cardiac, and cancers that have been operated on using different robotic technology. Similarly, demand for robotic surgery in knee and hip replacement procedures, gynaecology disorders has been on the rise. The low cost and short waiting period in availing medical treatment including robotic assisted surgery in India make it a preferred destination for medical tourists.

Dr. Nayak is hopeful that advancements in Robotic Surgery systems will bring about more precision and accuracy. He believes that the cost of equipment, availability of surgeons, and the support team trained and skilled in robotic surgery coupled with approval from the insurance companies — both national and international — will further popularize this technology within a few years.

Mr. Lethabo (name changed), a 68-year gentleman from Uganda, couldn’t believe his ears when he was told that he had rectal cancer.

“I was devastated. I had been experiencing diarrhea and some rectal bleeding for some time but little did I know that the symptoms I was experiencing would lead to such diagnosis”, said Mr. Lethabo, recounting the horrid ordeal.

“I had the family support that motivated me to fight cancer but the idea of living my life with a stoma bag did not sit well with me. It was unacceptable for me. So, I continued to look for medical options all over the world that can help my situation,” said Mr. Lethabo.

It was then when his son-in-law told him about travelling to India for advanced surgeries.  More than 5 million patients travel to India for healthcare every year. This is more than 5 times the people travelling to United Kingdom. This is due to the presence of highly skilled doctors, the best of the technology and lower treatment costs compared to many other countries. Mr. Lethabo’s research brought him to one of the leading surgical oncologists in Bangalore, India, who specializes in robotics and laparoscopic cancer surgeries and has good experience in performing advanced cancer procedures.

The encouragement from doctors that surgery with robotic ISR technique can be done which reduces the likelihood of a permanent colostomy bag rekindled Mr. Lethabo’s hope. As advised, he underwent successful ISR surgery and has recovered well.

Intersphincteric resection (ISR) technique is considered to be ultimate sphincter-saving procedure in which surgeon makes a resection to patient’s rectum, which means patient wouldn’t require the use of stoma (colostomy) bag. Most of these surgeries are performed using robot as they need precision.

“Cancer wreaked havoc in my life, both mentally and physically but it has changed my outlook on life. I try to live a healthy lifestyle, to keep myself fit and fine, to keep life simple, and to not sweat the small stuff,” added Mr. Lethabosharing his experience with cancer

“It was painful to see young patients with a bad scar in front of neck due to open thyroid surgery. They have to carry the scar lifelong. Many of them from South Asia and Africa develop very thick ugly scars as we have darker skin. I had to do something to prevent such scars for these patients.” said Dr Nayak.