Though Tamil Nadu has been witnessing an increase in number of cases in May, compared to March and April, there are a few places which have bene showing promise in terms of less number of positive cases. Fortunately, Erode district managed to remain covid-free for the 32nd day, reported the Times Of India. In fact, the district was considered to be the first hotspot in the state.

The official Twitter handle of Indian Police Service (IPS) took to Twitter to post, “A hotspot in Tamilnadu, Erode District, under the able leadership of Collector C. Kathiravan and SP S. Sakti Ganesan #IPS has completed 28 days without reporting a new case thus moving into the green zone. Three cheers for Team Erode.”

First two cases in the district were reported on March 21, as the number of cases rose, the district was identified as ‘Tablighi Jamaat cluster’. 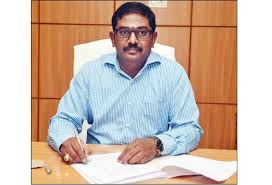 “We actually got information about this group on March 16 when a few of them tried to fly back to Thailand from Coimbatore. So by the night of March 16, we had traced those six Thai nationals and brought them back to Erode. We isolated them and put them all under institutional quarantine. Swab tests were conducted on all six of them,” says District Collector of Erode C Kathiravan.

Wasting no time, the district administration immediately traced whoever had come into contact with these six nationals. Around 280 primary and secondary contacts were indentified, and within 48 hours brought under institutional quarantine.

The district administration did not allow primary and secondary contacts of COVID-19 positive patients under home quarantine in any circumstances.

According to Superintendent of Police S Sakthi Ganesan, this was necessary to avert a community spread in Erode.

As soon as the district administration was informed that the two Thai nationals who had tested positive had reached erode from Delhi, it soon obtained passenger lists from Railways.

After five Thailand nationals were picked up from mosque near Kalaimadu Statue on March 16, Kollampalayam Housing Unit and Sultanpet areas were cordoned off and were declared as containment zones. With more COVID-19 positive cases reported in the district, a total of 18 areas in the district, including 10 areas in the corporation limits, were marked as containment zones and the residents in these areas were quarantined for 28 days, reported the Hindu.

The scrutiny was also focused on those who had travelled in three particular trains — Nizamuddin express, Kongu Express and Kerala Express —  between March 15 and March 23. 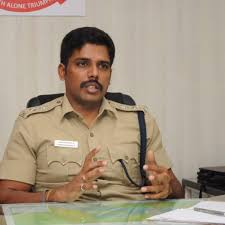 “Detailed lists from the Railways list were prepared by our own teams and we also sent relevant information to our neighbouring districts. From that, we isolated all those people to institutions like schools, colleges and kalyana mandapams,” Sakthi Ganesan says to The News Minute.

“Erode has one big vegetable market — Nethaji vegetable market — which has around 500 sellers. We moved them all to the central bus stand, since it is a spacious area and told them to not come to sell their vegetables if they have a fever or a cold. We also arranged 150 moving vegetable shops in the Corporation area alone, so that people don’t have to travel till the market. Thus we prevented crowding in market places,” Kathiravan explains.

A total of 70 patients were detected in the district of which one person died and 69 others recovered. The last batch of four patients was discharged from the Government Erode Medical College and Hospital in Perundurai on April 28 after which no cases were reported in the next 14 days and the district was moved from red zone to orange zone on April 30.

Superintendent of Police S. Sakthi Ganesan said that co-operation from the public so far is appreciable. However, the public should understand that reopening of shops are within the overall lockdown measures that will continue till May 17. “The public should venture out only for essential purpose and return home within the stipulated timings and extend cooperation to all authorities,” he added.

(This is fifth part of the special series on Government officials role in combating the covid 19. Click to read the full series.)

(If you have a good story about a government officer combating the Covid 19 pandemic through innovative approach, please share with us at [email protected])