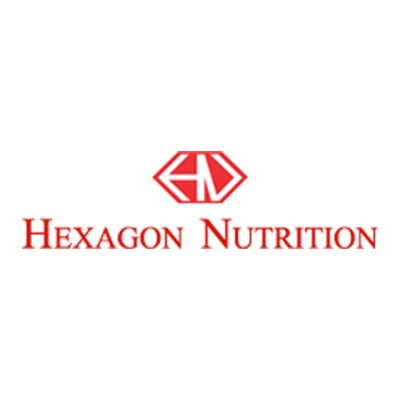 A worldwide shift to combat hidden hunger needs to be launched by processing food in a way that micronutrient shortages are adequately addressed. Micronutrients can be mixed with staple foods like rice, oil, milk, wheat flour, as well as condiments like salt, for a very low cost. This was stated by experts in a webinar by Hexagon Nutrition in collaboration with ASSOCHAM especially emphasizing Northeastern states.

According to WHO, hidden hunger occurs when the quality of food people eat does not meet their nutrient requirements, so the food is deficient in micronutrients such as the vitamins and minerals that they need for their growth and development. About 2 billion people suffer from vitamin and mineral deficiencies.

Food fortification is a low-cost breakthrough with long-term social and economic benefits. As part of broader national efforts to combat chronic undernutrition, food fortification is one of the most cost-effective and reliable investment opportunities, stated the experts.

“FSSAI has now established the level of fortification that is needed at the staple food consumption level to combat malnutrition & hidden hunger” he added.

Vikram Kelkar, Group Managing Director, Hexagon Nutrition highlighted on the Nutraceutical Industry Perspective “Status of Malnutrition in India, Nutrition awareness, Changing lifestyles, Increased costs of hospitalization and FSSAI Food Fortification regulations are some of the demand drivers for Nutraceuticals in India. There is a significant shift from buying nutraceutical products for specific health issues such as osteoporosis, arthritis, hypertension to immunity building nutraceuticals.

“Changing consumer behavior in the country is also transforming the nutraceutical space. The inclusion of exercise, healthy diet, use of over-the-counter medications, and dietary supplements is becoming a way of life & people have become more conscious of their wellness and preventive care”.

Tapan Kr. Das, TCS, Addl. Director, Food & Civil Supplies & Consumer Affairs, Govt. of Tripura stated that “Tripura being a deficit state is dependent on the Food Corporation of India (FCI) & other states for the regular supply of staple food grains. The equipment & resources for food fortification are limited. Through Govt. of India’s efforts and supported by FCI, we will start receiving Fortified Food Grains from 1st April 2021.”

Dr. Devansh Yadav, IAS, Deputy Commissioner- Changlang district, Arunachal Pradesh showcased a project report on the effects of intermittent iron-folic acid supplementation on malnutrition among the Anganwadi children in Arunachal Pradesh. Arunachal Pradesh being predominantly a rice-consuming population & the NFHS-4 survey suggests that 74% of the population of children is stunted, 17% wasted, & 20% underweight. However, in the control group, the maximum improvement in the parameters of height, weight & MUAC were seen in the age group of  3-4 years as compared to 5-6 years thus concluding that if the fortified food is fed at an earlier age the results are seen early.

Sachin Jaiswal, IAS, Joint Secretary, Dept. of Agriculture, Govt. of Nagaland stated that “Amongst the smaller states like Nagaland, Tripura & Sikkim which do not have enough rice production as far as the mid-day meals & ICDS schemes are concerned,  as a result, these states are dependent on the food grain supply by the FCI. Acceptability of fortified staple food is a challenge of the mindset especially in the lower strata of society. The myth that “Medicines are being fed via staple foods such as rice” needs to be busted through awareness & education. Partnering with the state Govt will prove beneficial in getting the fortified foods implemented in the larger community keeping in mind the basics, food habits, dietary habits, and beliefs.”

Inoshi Sharma, Director, FSSAI gave a special address on Govt. Policies, their implementation, and challenges faced. “The alarming health situation of India shows that due to unsafe food, unhealthy diets & environmental degradation there is an economic burden of vitamin & mineral deficiencies that is >$12 billion in terms of GDP”. Beyond food fortification, there needs to be an acceptance in the food culture & behavior as to how a balanced diet can be incorporated into our daily lives. For this, the “Eat Right Movement” by FSSAI based on the 3 pillars of Safe, Healthy & Sustainable food can transform the food ecosystem of the country.

Megha Mandke, Sr. Executive, Human Nutrition, Hexagon Nutrition elaborated on the role of micronutrients to combat hidden hunger through Food Fortification. She shared insights on the alarming statistics of the NFHS-5 survey and how food fortification is the right solution to fight hidden hunger. She shared that, “Food Fortification is an aggressive initiative by FSSAI and is the fastest, cost-effective & sustainable strategy to reach hundreds of millions with improved intakes of essential micronutrients.” The +F Logo & Eat right India Campaign by FSSAI along with the innovative IEC materials can prove to be the game-changer as we work towards the eradication of Hidden Hunger in India. She also highlighted how food fortification is an inexpensive way to treat micronutrient deficiencies and that the cost of fortifying milk, oil, wheat flour, and  rice ranges between 5 to 10 paisa per Lt/Kg.”

Elaborating on Rice Fortification, Shariqua Yunus, Head of Unit, & Program Officer, UN WFP said that “Fortified rice, wheat flour, and double fortified salt are the key substances that aim to tackle anemia and micronutrient deficiencies in India because a large population of adolescents and women in reproductive age groups are anemic. Rice is an abundantly distributed staple and is associated with certain processes like milling and polishing which leads to the removal of some of the essential micronutrients, therefore fortification of rice allows us to add the micronutrients making it truly nutritious. For North East(NE) regions, the prevalence of anemia in children and women is 40%, making it a major health problem thereby raising a dire need for food fortification.”

Deepti Gulati, Head of Programs, GAIN India shared her perspective on the need for Oil Fortification in India. “Like salt which is consumed by everyone, oil is also a commodity consumed by everyone & fortification of edible oil with Vitamin A & D is very easy to do. In 1953, the Govt. of India made it mandatory to fortify vanaspati with Vitamin A”. As we progressed scientifically and understood that vanaspati has trans fats not so good for health, hence we saw a shift from vanaspati non-hydrogenated fats edible oils. Thus, “very soon with the help of FSSAI, we will see a larger population consume Vitamin A & D fortified oil.

Vivek Arora, Sr. Advisor, Tata Trusts Highlighted on Milk fortification. He shared that “India fortifies 176 lakh liters of milk every day and NE states have not been behind. Under the brand “Purbi” NE states fortify 4 Litres of milk every day. States such as Meghalaya, Mizoram, Arunachal Pradesh & Sikkim have very low amounts of milk and also not much of the milk gets processed at an organized level but is slowly picking up. To combat Vitamin A & D deficiencies the right quality of milk should be made available in a sustainable way.”

Nirupana Sharma, HOD Agriculture, Food Processing & FMCG, ASSOCHAM presented the closing remarks and thanked all the speakers and participants for a successful webinar.