New Delhi: A new fire rages in Australia. A deeply distressing video of Quaden, a nine-year old boy with Dwarfism narrates in a harrowing 2 minutes, how he wants to end his life because of bullying. His tormenters in school not only made fun of his condition, they went to the extent of implying that it would be best for him to take his whole life.

The international outrage that this video has generated is unprecedented. At the same time, the courage of the victim’s mother to put this in the public domain is hail worthy. It has helped return the spotlight to a global issue that periodically emerges, enrages and then subsequently subsides in the fast-moving blink-and-miss news cycles. However, it is an issue that needs an urgent social addressal and the time is now. Bullying, ragging and cyber-bullying have become an insidious challenge that effects the overall wellbeing, emotional stability and future personality development of an individual. That it happens at the most impressionable age, typically in the middle or high school or in the case of ragging in college, makes it effects deeply scarring and permanent. Whatever be its variant, bullying leads to emotional turmoil, self-loathing, anxiety, depression, myriad personality issues, poor academic performance and withdrawal from society.

In the most extreme of cases, bullying has even led to self-harm or worse. As per the estimate by the National Centre for Educational Statistics, one in five children in India have been a victim of bullying. Many of these instances are never reported, leading to conflicted victims often blaming themselves for the verbal, physical or psychological acts of ragging.

While in India a comprehensive law against ragging was introduced by the University Grants Commission in 2009, the policy against bullying remains more directional than prescriptive. This is understandable since the perpetrators of ragging are more often adults (albeit very young adults) and those indulging in bullying usually underage children. But any act must have a commensurate consequence. The consequence of ragging is often life scarring, hence the need for policies more stringent than the current are the need of the hour.

Bullying encroaches on the fundamental right to life enshrined in our Constitution for all citizens. Its breach must have more stringent consequences. As Governments, policymakers, schools and civil society evolves these mechanism and laws against bullying, we must all come together to put an end to this most dishonorable of menaces in our society. 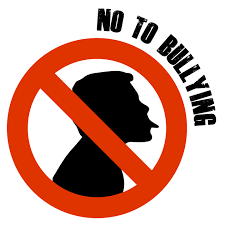 Bullying is not ok. And its time is now up.