Sepsis is a serious infection that causes your immune system to attack your body. According to doctors, COVID-19 patients and survivors are likely to face similar challenges as sepsis survivors. Sepsis in a COVID patient can be life-threatening if not dealt properly.

Commonly called ‘blood poisoning’, Sepsis can cause a cascade of changes that damage multiple organ systems, leading them to fail, sometimes even resulting in death. A global report published in The Lancet has revealed that India still has a high death rate from sepsis, a life-threatening organ dysfunction response to infections. Early identification and intensive care treatment can improve outcomes in sepsis. Community awareness is important for early recognition. 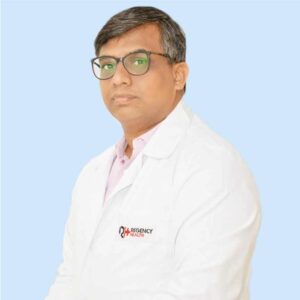 Dr Yash Javeri, Head Critical Care, Anesthesia & Emergency Medicine, Regency Super Specialty Hospital, Lucknow and Convener – Indian Sepsis Forum, said, “While the COVID infection can cause a severe acute respiratory distress syndrome but many of the acute manifestations and outcomes of severe COVID-19 are similar to those of sepsis caused by other pathogens which affects multiple organs like heart, liver, kidney and brain. And, hence it caused significant morbidity and mortality. Also a patient with pre-existing cirrhosis, cancer, kidney issues, heart problems, and diabetes is more susceptible to both the infections because of immune-compromised state.

Unfortunately, India with a population of 1.34 billion people doesn’t have a widespread awareness on Sepsis despite the high mortality rate and morbidity. It kills more people than heart diseases. This problem is further compounded by a very high level of antimicrobial resistance, which is also a major health problem in India.

“Nearly 20-25% of ICU patients have sepsis and the mortality rate is around 40 percent for the same. It is high time this condition is taken seriously. The trigger could be mild infections like urinary tract infection, malaria or other community acquired infections. Hospital acquired infections often lead to sepsis. Therefore infection control protocols should always be followed very stringently. There are many similarities in pathophysiology of covid 19 and sepsis. Both are cause by an abnormal immune reaction. Also, COVID 19 patients can present with features of sepsis. Educating the public and health care providers about sepsis and its symptoms is important. We must encourage early visit to a health care facility, timely administration of appropriate antibiotics, and rapid treatment to combat sepsis and maintaining hygiene”, added Dr Yash Javeri.

By increasing awareness of the early signs and symptoms of sepsis and risk factors for developing sepsis, we could improve survival and decrease complications. Sepsis can be hard to spot. There are lots of possible symptoms. Symptoms can be vague. They can be like symptoms of other conditions, including flu or a chest infection like many life-threatening conditions, time is of the essence in COVID and sepsis. Early detection and treatment of sepsis is the cornerstone of managing this medical emergency.

Patients having some underlying health problem should always be aware of such infections like diabetics and should go thorough exams of their feet to check for wounds that could breed infections. People should get themselves vaccinated as advised by their physicians. Infection-prevention measures should be assessed and implemented in areas with the highest incidence of the infection and among populations, where sepsis will have the greatest impact, such as neonates and elderly which would be helpful in eradicating both Sepsis and COVID. By educating patients and the public, you can make a difference by encouraging someone to seek treatment for this medical emergency that can potentially be overlooked and mistaken for other less threatening illness. Improving public awareness of sepsis can save lives.