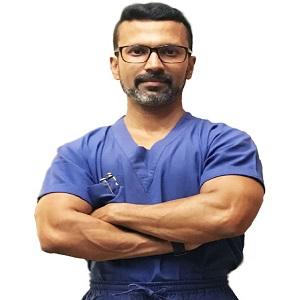 New Delhi: Lack of physical activities and sedentary lifestyle choices such as consuming Chinese fast food and simple sugars have led to growing number of obese patients in the country.  Obesity elevates the risk of developing cardiac disorders.

Cardiovascular diseases are the leading global cause of deaths, accounting for about 17.3 million causalities per year. It is estimated that by 2030 more than 23.6 million Indians will be suffering from one of the many cardiovascular diseases. Cardiac disorders have claimed more lives than all forms of cancers combined.

What is Metabolic Syndrome?

What Bariatric Operations can Achieve

Gastric bypass surgery has dramatically changed the trajectory of many chronic diseases associated with diabetes and eliminates multiple cardiovascular risk factors in the long term.

“Bariatric operations can achieve a sustained weight loss of up to 50% which results in favourable modulation of serious cardiovascular complications.  After the surgery, parameters which were found to improve were diabetes, uric acid, blood triglycerides and diastolic blood pressure. Several studies have proven that gastric bypass surgery reduces the risk complication of developing cardiovascular diseases for the patients. According to the results presented by the researchers from the Cleveland Clinic at the 30th Annual Meeting for the American Society for Metabolic and Bariatric Surgery (ASMBS), weight loss surgery reduces the risk of having a heart attack by 40 per cent over a 10 year- time period.”, added Dr Atul.

The SOS study also revealed that as compared to other weight loss modalities, surgical procedure is more beneficial at improving cardiovascular risks. No standardization was found in non-surgical treatment arm. Data from a number of recent meta-analyses suggests that bariatric operations result in larger benefits to cardiovascular risk parameters than other weight loss therapies.

He is the first surgeon to start a bariatric program in North West Africa, namely Nigeria & has conducted more than 40 successful surgeries under this program. He is the founder member of ACMOMS (Asian Consensus Meeting on Metabolic Surgery).

He also holds the world record of performing the highest number of Bariatric Surgeries in a day (sixteen), declared in the LIMCA BOOK OF WORLD RECORDS.