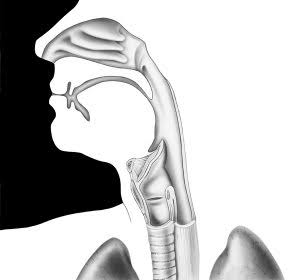 35-Year-Old Uzbekistan patient regains the use of his vocal cords after 15 years of suffering, post successful surgery at Indraprastha Apollo Hospital

New Delhi: 35 year old  Khusan Saidov, a resident of Uzbekistan, who had lost his voice in 2002 due to a surgery gone wrong to treat hypothyroidism  was unable to speak for 15 years. Kushav’s life was limited to the premises of home, till the time the team of doctors led by Dr. Suresh Naruka at Indraprastha Apollo Hospitals, performed the Kashima procedure which helped him regain his voice.

Khushan had been suffering from enlargement of the thyroid gland due to hypothyroidism and decided to get himself operated at a hospital in Uzbekistan in the year 2002. However, the surgery went wrong leading to complications and damaging his airways and both the vocal cords, thus leading to loss of voice.

Dr. Ameet Kishore, Senior Consultant – ENT, Indraprastha Apollo Hospitals said, “The surgery came as a changing point in Khushan’s life, as he had lost his voice, due to recurrent laryngeal nerves (RLN) being damaged (The recurrent laryngeal nerves control all intrinsic muscles of the larynx. These muscles act to open, close, and adjust the tension of the vocal cords, and include the posterior cricoarytenoid muscles, the only muscle to open the vocal cords) which resulted in the paralysis of the vocal cords leading to loss of speech and difficulty in breathing. Khusan approached many doctors in Uzbekistan and also other countries for a second opinion but could not get an appropriate treatment nor the hope that he would be able to speak again. He eventually decided to visit India and get himself operated here.”

Recurrent Laryngeal Nerves (RLN) are crucial as they supply signals to the vocal cord, owing to their location between the thyroid gland and voice box. As a respite, the doctors performed tracheostomy, which is a surgical procedure wherein an incision in the neck was made for opening a direct airway in the trachea. It was done to enable the patient to breathe through his lungs, which could enable him to communicate with others.

Dr Kishore further added, “Living with tracheostomy has its own set of challenges, which made life difficult. He was living in a world where he couldn’t communicate. He was deprived of quality life and confined to home mostly.”

Finally, after 15 years of suffering he visited Indraprastha Apollo Hospital, where he was referred to Dr. Suresh Singh Naruka, Senior Consultant- ENT. Khusan was admitted to the hospital on 10th July 2019. Dr Kishore along with his team of doctors treated Khusan through Kashima Procedure. It is an endoscopic laser procedure performed for treating the respiratory difficulty caused as a result of bilateral abductor vocal fold paralysis(Disruption of the vocal cords leading to loss of voice)

Dr Naruka said, “When the patient first visited us, we realised that both his vocal cords are positioned in such a way that there was no space between the cords for the patient to breathe from the nose or mouth. For 15 years, Khusan was breathing from the hole created in his neck. The patient developed bilateral vocal cord palsy so with the help of Kashima procedure (laser treatment), we created space between vocal cords to restore the normal breathing pattern with normal voice. The hole in the neck was closed in the second stage of the surgery. He was treated within a day’s time and discharged from the hospital on July 11 2019 and is now recovering well.”

Patient Khusan said, “It feels like a second birth, post regaining my voice. For several years, I wasn’t able to express myself.  I visited many countries, however there was no hope of corrective surgery. Thanks to the team of doctors at Apollo, I am able to lead a normal life now”

Tracheostomy has evolved over the years and has undergone revolutionary changes in the methodology, instrumentation and indications. Although tracheostomy is now commonly used and the complication rate remains low, it has been replaced by procedures like Kashima for certain conditions.