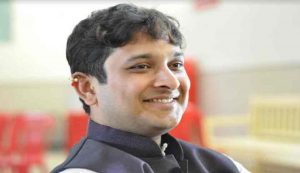 Nicotine is a habit-forming stimulant along with alcohol, which means withdrawing from its use is difficult. We want to be addiction-free in an ideal world, but if we must choose between our addictions, we will always prefer the less harmful option. Lot of people pick sugar-free sweetener over table sugar to stay healthier. In tobacco products too, there are varying levels of risk, with vaping at the lower end of the harm spectrum.

Tobacco consumption, although morally and societally frowned upon, is still socially acceptable in India, which has the second-largest population of tobacco users in the world. The World Health Organisation (WHO) estimated in 2018 that 10 lakh Indians die from tobacco use each year. Meanwhile, the success of tobacco cessation in India is abysmally low; in 2017 the government reported the rate was just 7%.

Any addiction has three facets – physical and psychological dependence, and the pleasure generated by the drug. What makes e-cigarettes an effective smoking cessation tool is that they mimic the behavioural aspects of smoking, which is absent in traditional cessation methods such as nicotine gums.

A 2019 study published in the prestigious New England Journal of Medicine showed that e-cigarette users had almost double the cigarette abstinence rate at the one-year mark than the other group which was provided with gums.

It is common knowledge that while nicotine creates the dependence, smokers die from the tar and other chemicals generated by combustion. To better understand the relative safety of e-cigarettes compared to cigarettes, we must decouple tobacco from nicotine. Nicotine by itself is relatively harmless, as long-term use of nicotine gums and patches has shown.

In e-cigarettes there is no combustion and thus there is no tar. The two major constituents in vaping liquid – propylene glycol and glycerin – are considered ‘safe’ by the US Food and Drug Administration (FDA). Public Health England continues to maintain that e-cigarettes are 95% safer than smoking.

In simple terms, on a scale of 0 to 10 (most harmful), vaping will be a 1 or 2, while smoking will be at 10. The benefits of such massive harm reduction at the population level far outweigh the minor harms caused by vaping. Even the government-approved nicotine gums and patches have side-effects such as irritation, insomnia and skin reactions, so deploying the same arguments against e-cigarettes is unscientific.

We use harm reduction measures daily for health and safety – brushing our teeth, wearing helmets and seatbelts, and during the pandemic, using masks and sanitisers. None of them guarantee 100% safety, but all of them reduce harm caused to the body.

The intention is not to promote vaping or e-cigarette use to everyone, it must be restricted to smokers. However, banning and demonising vaping is a net loss for public health. Smokers in India need more options to quit as clearly the current cessation therapies are not very effective.

The binary ‘quit or die’ approach is only good on paper, but comes with a huge cost to the country. In 2014, India spent ₹ 27,761 crore for treating tobacco-related diseases. For comparison, that was the amount of unclaimed money in the Employees Provident Fund Organisation in 2015.

Public policy should be framed in such a way that underage use is banned and enforced, while allowing adult smokers who are struggling to quit the choice to use e-cigarettes or any other effective harm-reduced alternative. Multiple replacement choices mean a healthier population and more work hours contributed to the economy.