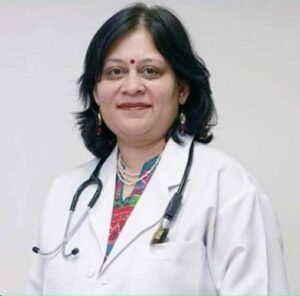 There has been much confusion and doubts about how to tackle vitamin D deficiency or the role of vitamins in women’s health. Dr Nupur Gupta said people being indoors all day long is the reason why there is such a widespread deficiency of Vitamin D. Here are some ways to deal with Vitamin D deficiency.

Vitamin D plays an essential role in the modulation of the immune system and the regulation of body cells’ differentiation and proliferation. Therefore, vitamin D deficiency is believed to be associated with the risk of several serious non-skeletal chronic diseases such as autoimmune diseases, cardiovascular disease and certain cancers.

What are the causes of vitamin D deficiency?

Vitamin D deficiency is associated with decreased muscle strength in older men and women and supplementation improves lower limb strength and reduces the risk of falling. Vitamin D affects fracture risk through its effect on bone metabolism and on falls risk.

YOU MAY LIKE TO READ: Symptoms Of Vitamin D Deficiency And How To Get It From Regular Diet

YOU MAY LIKE TO READ: Vitamin D Deficiency During Pregnancy Linked to Higher ADHD Risk in Kids: Study

Vitamin D is important for bone and muscle development, function and preservation. For this reason, it is a vital component in the maintenance of bone strength and in the prevention of falls and osteoporotic fractures.

Vitamin D helps the body absorb calcium. Along with calcium, it is vital for strong, healthy bones. We normally get vitamin D through exposure to sunlight, which triggers the skin to make this vitamin. Very few foods naturally contain vitamin D. Milk and a few other beverages and foods are “fortified” with added vitamin D.

What can you do to help prevent and treat vitamin D deficiency?

Few foods are naturally rich in vitamin D3. The best sources are the flesh of fatty fish and fish liver oils. Certain mushrooms contain some vitamin D; in addition, some commercially sold mushrooms contain higher amounts of Vitamin D due to intentionally being exposed to high amounts of ultraviolet light.

Role of Vitamin D in the prevention of Coronavirus

Good nutrition and lifestyle factors have a positive impact on immune function. In light of the current Covid-19 pandemic, vitamin D should be given particular focus several studies demonstrated the role of vitamin D in reducing the risk of acute viral respiratory tract infections and pneumonia. Thus, it makes sense to encourage patients to go out to their terrace and exercise in the sunshine several times per week. A little sunshine and exercise maintaining social distancing are extremely beneficial for both physical and mental health.

Posted by Healthwire on Tuesday, 15 September 2020