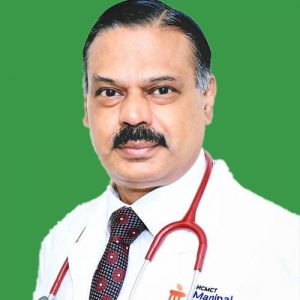 Mr Ramesh Bhatia (Name Changed), a 54 years-old senior corporate professionals, led a very active normal life and reflected about his achievements in life with quiet satisfaction. Happiness also stemmed from the fact that he had struck a perfect work-life balance. He shared his passion for wildlife photography and an outdoor lifestyle with his wife.

Then, around 2 years back, something happened that changed his life forever. He noticed a little clumsiness as he was taking his wallet out of the pocket. He didn’t pay too much attention to this, thinking of it as ‘one of those things which happen’.

Over the course of the next month, the diminished dexterity in his right hand not only persisted but was more pronounced. He developed an unfamiliar pain and stiffness in the right shoulder and noticed that he was taking longer than usual to shave, wear his clothes and get ready to work. He then developed a tremor in his right hand which he preferred to hide by keeping the hand in his pocket while interacting with colleagues.

Work-life balance took a hit. He became less interested in routine things such as going out to restaurants. He could not appreciate the flavours of different cuisines that he loved so much earlier. A general sense of fatigue was overpowering him. His wife began to wonder if he was depressed.

One day, his wife noticed that his gait had become a little peculiar. He was walking with short steps and not swinging his right hand. He shared the other symptoms with his wife and they decided to consult a neurologist.

The Neurologist examined Mr Bhatia and told him that he might be having early Parkinson’s disease. The doctor said that while there is no conclusive test to confirm the diagnosis, the combination of symptoms, physical examination and a few investigations would make it very likely.

Parkinson’s disease is a chronic neurological illness precipitated by the death of brain cells that produce a chemical messenger called dopamine.. The symptoms of Parkinson’s disease begin when nerve cells in the brain don’t produce enough of a brain chemical, called dopamine. It may be genetic sometimes. Essentially it is a disorder of the central nervous system that affects movement often including tremors or shaking.

While it seemed the world had fallen apart when the doctor uttered those words, Mr Bhatia soon came to terms with it and went along with the advice. As Mr Bhatia started taking the prescribed medications along with a regimen of exercise and lifestyle modifications he could feel the energy flowing into him and the zest for a full life return.

Mr Bhatia is not alone. There are millions of such cases. He is a typical case of a patient with Parkinson’s disease. It is a brain disorder caused by loss of a group of neurons which produce a chemical called dopamine. It affects almost 10 million persons worldwide. While it is more common in those who are above 50 years of age, it can also sometimes affect persons who are younger.

Typically people with Parkinson’s disease experience tremor, slowness of movements, limb rigidity, along with gait and balance problems.  These are called motor symptoms. Patients may also have several non-motor symptoms such as mood disorders, difficulty in planning and organizing, sleep difficulty, constipation, lack of ability to smell, and sexual dysfunction. The severity of symptoms and pace of progression of symptoms often varies from one person to another.

A combination of medications, some designed to replenish the amount of dopamine in the brain and others to arrest the progression of the disease are often prescribed. They are very effective in the early stages but the neurologist may adjust the doses and introduce new drugs as the disease progresses.

If the medications stop working or if adverse effects are bothersome, consideration may be given to advanced modalities of treatment such as deep brain stimulation (DBS).

Neurologists normally use a medical history and a neurological examination to diagnose it. There is also no cure for PD, but a variety of medications provide dramatic relief from the symptoms. Surgery and DBS can help in severe cases. With DBS, electrodes are surgically implanted in the brain. They send electrical pulses to stimulate the parts of the brain that control movement. Evidence suggests that PD patients may also benefit from a multidisciplinary approach to care.

Mr Bhatia is a case in point and it is proved that early consultation and close interaction with a neurologist thereafter can go a long way in mitigating the effects of Parkinson’s disease. Once we understand the nature of the disease and the various effective ways of managing Parkinson’s disease one can pursue their work, hobbies and lead a life full of joy.

Covid Care For A Newborn

Why The Coronavirus Is More Likely to ‘Superspread’ Than The Flu