Along with mucormycosis, there is a steep rise in the number of other fungal infections such as aspergillosis among intensive care units and Covid-recovered patients. The combination of diabetes, covid, and steroids are the reason behind aspergillosis, a rare invasive fungal infection just like mucormycosis. Doctors are consciously limiting the early use of steroids to lower the chances of secondary infections and suggesting not to start steroids at home and monitor blood sugar levels daily in patients on steroid therapy.

A 62-year-old male patient visited Zen Multispeciality Hospital with history of blackish discharge from the right side of the nose since 15 days, as his family thought it is mucormycosis. On examination, there was no black eschar seen in the nasal cavity, which is the hallmark of mucormycosis. He also complained of cough and hoarseness. On nasal endoscopy, whitish fungal material was seen in the nose and the material found was sent for KOH mount and fungal culture, which confirmed the diagnosis of Aspergillosis. A laryngoscopy was also performed and fungal debris was seen in the voice box. His CT scan of the chest was done that showed multiple cavities in both the lungs. His sputum was tested which confirmed invasive aspergillosis, an infection caused by a type of mold (fungus).

Another 50-year-old male patient was admitted to the ICU owing to post-covid lung fibrosis and pneumothorax (collapsed lung). There was no black discharge or black crust that is seen in mucormycosis. His nasal endoscopy was done and fungal debris was spotted that again showed aspergillosis. There are many patients like them who have been battling this unknown fungal infection. 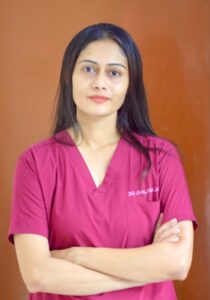 Aspergillosis is a fungal infection caused by aspergillus, a common mold (a type of fungus) that lives indoors and even outdoors. Most people breathe in aspergillus spores every day without getting sick. “There is a sudden and alarming increase in the occurrence of invasive aspergillosis. Those with weakened immune systems, having uncontrolled diabetes, organ transplant recipients, one’s with certain types of blood cancer, those taking steroids, or having lung diseases are at a higher risk of developing health problems due to aspergillus. Steroids reduce the inflammation in the body, but also suppress immunity. We are now routinely doing a nasal endoscopy for all post-covid patients admitted at Zen Multispeciality Hospital for the early diagnosis of invasive fungal infections before they spread to the eye or brain,” said Dr Shalaka Dighe, ENT Surgeon, Zen Multispeciality Hospital, Mumbai.

Dr Dighe added, “We commonly use an anti-fungal drug called Voriconazole for the treatment of aspergillosis. But, in these patients, the nasal material also showed (aseptate fungi) mucor on KOH mount. But the fungal culture only grew Aspergillosis. Mucor was probably a contaminant in these cases. These patients were not given voriconazole as it will suppress aspergillosis but can lead to a flare-up of mucormycosis. We used a newer anti-fungal called Isavuconazole to treat these patients, as it works against both mucormycosis and Aspergillosis. They will also have to undergo an endoscopic sinus surgery to clear the fungal material from the sinuses. Both the patients are stable now, and there is no involvement of the eye and brain. Though, these patients will take some time to get back on track.”

Stay vigilant even after recovering from Covid. “These fungal infections are not novel or new like the Corona virus. But there is an alarming rise in the number of cases.  Post-Covid patients especially the ones who have recieved steroids or long-term broad-spectrum antibiotics or have had a prolonged hospital stay should monitor their blood sugar levels to keep them under control, look for red flags like eye pain, swelling of the eyes and cheek, nose block, cheek pain, and abnormal discharge from the nose. Consult your expert once you spot these symptoms,” suggested Dr Dighe.

“Invasive fungal infections such as mucormycosis have been associated with higher morbidity and mortality rates. Now, aspergillosis is also increasingly picked up among post-Covid patients. Avoid taking steroids for more than 10 days with good blood sugar control as it can invite fungal infections. The usage of steroids should only be under the supervision of the doctor. Avoid self-medication if you have diabetes or have undergone organ transplant to avoid aspergillosis,” concluded Dr Roy Patankar, Director and Gastroenterologist, Zen Multispeciality Hospital.