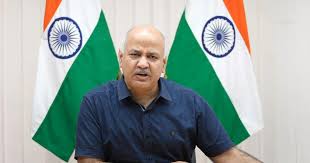 As a responsible and sensitive government, the Delhi Government has been trying to inquire into the number of deaths that actually took place due to lack of oxygen during the pandemic. Deputy Chief Minister Shri Manish Sisodia on Monday informed that the Delhi Government has again sent a file to the LG for approval to constitute a committee in order to investigate deaths in Delhi due to oxygen shortage. The Deputy Chief Minister has further written a letter to the Union Home Minister Amit Shah requesting that he advise the LG to give his approval for constituting the high-level committee of medical experts. The Deputy CM said that without any investigation, it is difficult to tell the figures of deaths due to lack of oxygen in Delhi and to say without investigation that there was no death due to lack of oxygen is like rubbing salt on the wounds of the victims. He added that in the 21st century, the death of people due to lack of oxygen during a pandemic raises questions on the entire system.

Shri Sisodia said, “The courts and the Central Government have asked states for the number of deaths due to lack of oxygen. A high-level committee of medical experts will be constituted by the Delhi Government to probe into the deaths due to lack of oxygen in Delhi. We have sent the file for approval of the inquiry committee to the Lieutenant Governor in this regard and hope that the Lieutenant Governor will approve the committee soon.”

In a letter to the LG, Shri Sisodia stated that in the 21st century, the issue raised upon the nation on the number of deaths due to lack of oxygen during a pandemic raises a serious question on the entire system.

“As a responsible and sensitive government, we should not run away from it but should fix the system and carry out reforms instead of hiding the information. Hiding information is not the hallmark of a good governance model,” he said.

Through a letter written by the Deputy Chief Minister to Union Home Minister Amit Shah, he informed Shri Amit Shah of all the developments and facts regarding the oxygen crisis in Delhi and how there was a severe oxygen crisis in Delhi. The letter further stated how the hospital and the families of patients were constantly sending SOS calls and during the second COVID-19 wave, there was a shortage of medical oxygen in Delhi with 27-28 thousand new cases coming every day. “Considering this shortage of oxygen, many people lost their lives. Now to say that these deaths due to lack of oxygen need not be investigated is like rubbing salt on the wounds of families of all those patients who lost their loved ones due to oxygen shortage,” he said.

Appealing to Home Minister Amit Shah, Shri Sisodia said that the Central Government should send instructions to the LG of Delhi to approve the inquiry committee and pass the file so that the committee can complete its investigation and send its report to the Central Government and the court so that, correct data can be disclosed in the public domain and can be used for further improvement in governance.

In view of this, the Delhi Government had constituted a High-Level Inquiry Committee of Medical Experts to conduct an inquiry into the deaths due to lack of oxygen and to disburse ex-gratia of Rs 5 lakh to each victim’s family, which was rejected by the LG. Shri Sisodia wrote in the letter that the Central Government wants to inquire the figures of deaths due to lack of oxygen in states, but without any investigation it will not be possible to share any factually-correct information.