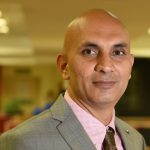 The risks and impacts of climate change, as well as the capacity to respond to it, vary considerably among countries. The baseline health status of a country, or a community, is the single largest determinant of the likely impact of climate change and the cost of adapting to it, according to the World Bank, 2010.  The current scenario illustrates that global health inequity still looms large. The regions with the highest rate are in the developing as well as developed world. Strengthening basic public health services will reduce underlying health disparities and increase the capacity to cope with the health risks of additional climate change. Climate change and variability impact nearly all social and economic sectors including the water sector, with significant consequences.

The future health effects of climate change are well recorded, with forecasts made of increasing health problems caused by storms, heatwaves, fires, floods, droughts, and infectious diseases. It is also anticipated that climate change will have harmful consequences upon agriculture and fisheries and may even result in crumpling ecosystems.

A number of publications attempted to provide details of the potential effects of climate change and energy vulnerability on health, with the main health effects being grouped under the following themes: waterborne disease; vector borne disease; food borne disease; incidence of temperature related deaths; skin cancer and cataracts; increase in starvation and malnutrition; increased incidence of respiratory disorders/death due to pollution/particulate matter; injury and death due to flooding/storms; psychological effects.

Due to climate change episodes and its detrimental effects, human is in search of alternate ways to satisfy the needs of its present generation and in this attempt, human is digging out natural resources.
This need for more natural resources has forced humans to encroach on various natural habitats and expose themselves to yet unknown pathogens.Mass scale production of food is triggering requirement of massive numbers of livestock and poultry production.

Biologist Rob Wallace argues in his book Big Farms Make Big Flu, talks about how industrial agriculture and livestock production are reason behind emergence of new diseases such as hepatitis E, Nipah virus, Q fever, and others.

Further, The US Centers for Disease Control and Prevention (CDC) estimates that three out of four new infectious diseases come from human-animal contact. The outbreaks of Ebola and other coronaviruses such as MERS, for instance, were sparked by a jump from animal to human in frightened natural habitats.

Same is with Covid-19, where it is said that virus has been transmitted to humans at a “wet market” in the city of Wuhan.Spread of Covid-19 is perfect example how human interference with climate and natural resource can backfire in devastating way. Look at the world, we have clean air around, but we still need mask to roam around. Isn’t it amazing whip by nature?

We need to seriously think about Climate transition which ensures the protection of the poor and most vulnerable who must be part of our pandemic response as well. This has the potential of not only reversing the climate disaster we are already living in but also to minimise the risk of new pandemics we are facing.

The impact of flooding and the stress of population displacement on the psychological health of individuals is real concern. Climate change will trigger more frequent natural disasters like drought and floor and as a result, communities are displaced creating pressures in neighbouring areas as they struggle for survival or compete for employment.

Furthermore, it is important to consider the positive effects, or co-benefits, that a policy or measure aimed at one objective might have on other objectives, irrespective of the net effect on overall social welfare. Co-benefits are often subject to uncertainty and depend on local circumstances and implementation practices, amongst other factors, according to the IPCC. Health co-benefits can arise both from adaptation and mitigation policies and measures implemented in other sectors.