HealthWire
Home COVID 19 Can Covid-19 Bring The Much Needed Focus Of Polity On Healthcare? 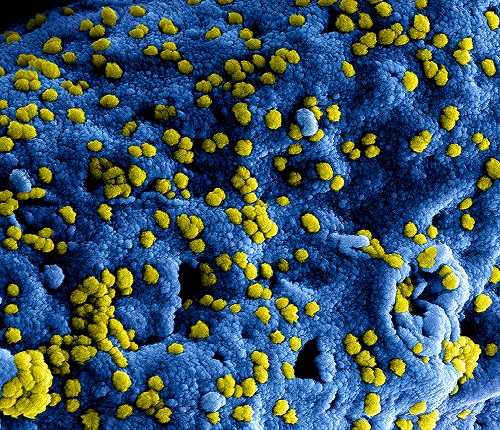 On Thursday, Prime Minister Narendra Modi had a video conference meeting with chief ministers of all the states to check progress on country’s fight with Coronavirus. This could be the first such meeting where deliberations were taking place at the top level for reviewing the healthcare infrastructure of the country.

A number of chief ministers raised the issue of lack of resources in their state and were assured by the PM.

At a time when the people are cautious and checking the availability of ICU beds and ventilators in their districts, this raises hope that going forward healthcare would be one of the top priorities for people during elections.

Till now the focus during elections revolved around offering reservation to different categories, announcing freebies and others. In healthcare, it remained limited to offering free treatment and medical insurance with little talk of health infrastructure.

Right now almost all the parliamentarians are contributing from their MPLAD fund for providing medical equipment in their respective constituencies. However they themselves do not talk about healthcare during their election campaign.

Barring few occasions, healthcare has largely been ignored by the political parties. Looking at their manifesto before elections tells a lot about their commitment to healthcare.

Among political parties too, the regional parties hardly have a vision for overall improvement of healthcare. Take the example of UP.  In 2019, Samajwadi Party, Bahujan Samaj Party and Rashtriya Lok Dal contested the elections together and they released a vision document.  Surprisingly, not a line was included on healthcare. Samajwadi Party in its 2017 manifesto, healthcare was not given any importance. The only mention was  SP government offering free medical services to those earning less than Rs 1.5 lakhs. Apart from this there was no significance mention of healthcare. In 2017, BJP for the first time talked about PHC with modern facilities, 25 new medical colleges and AIIMS level institutions in six regions of the state. Lot of it is yet to be delivered o ground.

In Bihar, where Nitish Kumar has been the chief minister since 2005 barring one occasion had no mention of healthcare in his 2010 manifesto. In 2015, Nitish Kumar launched Saat Nishchay (Seven Commandments) in his manifesto with much fanfare. However healthcare couldn’t find a place in his seven top priorities.

Aam Aadmi Party in Delhi talks about the success of Mohalla Clinics and in recently held elections, affordable and accessible healthcare was one of the ten promises of Arvind Kejriwal. But again promise of better medical facilities and doctor to patient ratio kind of thing were missing.

In Maharashtra, which has reported the highest number of Covid-19 cases in the country, all the parties emphasized more on free treatment through insurance schemes. BJP in its manifesto talked proudly about Ayushman Bharat and state level Mahatma Phule Janarogya Yojna which would cover 90 per cent of the state. It did talk about setting up super specialty hospitals and treatment of cancer at district level.  Shiv Sena which is currently running the government in the state under Maha Vikas Aghadi among other things focused more on establishing Rs 1 clinic by the name of Shiv Arogya on the lines of Mohalla clinics. It also promised to construct a medical college with super specialty at every district to ensure one doctor per 1000 patients and establishing cancer units in district hospitals on a trial basis.

During general elections 2019, the focus in the election manifesto of two leading parties BJP and Congress was on making healthcare accessible. Congress talked about reducing the doctor to patient ratio, Right to health and free public hospital model to provide universal healthcare.

BJP talked about success of Ayushman Bharat scheme, Mission Indradhanush vaccination scheme and Pradhan Mantri Jan Arogya Yojna and promised for further extending it. It also talked about opening 1,50,000 Health and Wellness Centres (HWCs) by 2022. It also aimed to open one medical college in each district thereby increasing the number of doctors and improving the doctor patient ratio.

A pandemic like Corona has attracted the world’s attention towards healthcare services. Even countries which are on top of all human indicators are finding it hard to cope with this pandemic.