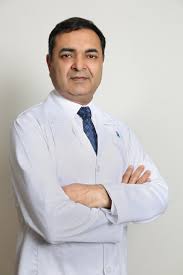 1) Normally, there is a lot of apprehension about anybody undergoing neurosurgery, considering that people consider it to be a major category of surgery that involves opening the most important organ in our body. Yet with modern technology this surgery is now very safe, minimally invasive and hassle free. Can you bust some myths?

Answer: Neurosurgery has evolved over the last three decades. Thirty years ago, there was a scenario when anybody going for a surgery for brain or spine issues had apprehensions about whether they would survive the surgery or not and if they did, would they be able to lead a normal life. Since then, developments in medical physics and advancement of new technologies, especially for the brain and spine surgeries, have changed the scenario completely. Initially, we used to deal with the problems of prognosis, poor results, chance of developing deficits but now we have deficits in terms of 4-5% chance, risk of life is about 1%, risk of infection in a good hospital is about 0.1%. So things have changed a lot, especially with the advent of corporate hospitals. Strict hygiene codes, post op critical care protocols, cleanliness and good nursing have reduced the rate of infection drastically. So, I would like to say neurosurgery has become very safe with expert hands.

(2) What are the latest technology advancements in neurosurgery and how do we rate with the rest of the world?

Answer: There are changes we have seen on the technology front. Stereotactic surgery, frame-based and frameless, neuronavigation and stereotactic radiosurgery. Certain tumours, which we are not able to reach because they are small and embedded in deeper and functional areas of the brain, can be treated by stereotactic radiosurgery. Then brain angiography has gone through many advancements. People who have an aneurysm or a rupture of aneurysm which can lead to brain haemorrhage have hope. Now 70% of such cases can be treated by angiography without opening the brain. Certain patients who required a large incision, opening the brain and spine, can now be done with small incisions which enables surgeons to go deeper and operate.

(3) What complications and diseases would you say Indians are most prone to?

As far as the infective diseases are concerned, it was more in India earlier but now with the development of facilities and a good lifestyle, the infective pathology has reduced. The number of tuberculosis patients in the brain and spine was higher about twenty years ago but now it has reduced.

(4) What is deep brain stimulation? Can you share details of this method of treatment, what it involves and how is it revolutionary?

Answer: Deep brain stimulation is the high-frequency stimulation of a particular group of neurons, also called as nucleus, which is situated deep in the brain. The nucleus has some specific functions specially for our body movements, which are coordinated according to the commands from our brain. But when there is a problem in these particular neurons, which secrete neuro-chemicals, the change in the coordination of the movement is visible and becomes involuntary. When we are not trying to make any movements, they come up by themselves like in Parkinson’s disease, essential tremors, dystonia. Such movements come on their own and they are very abnormal which make life very difficult, affecting its quality. It does not kill the patient but daily living becomes very difficult. So in these patients, the stimulus of a group of neurons which coordinates the movements helps them get back original rhythms. In deep brain stimulation, we have to implant micro electrode chips in the deepest part of the brain or the nucleus. Through the wire, it is connected subcutaneously, which we call neurological pacemaker, an implant on the chest below the collar bone. According to the patient’s requirement, we can increase or decrease the stimulation. It has come as a revolutionary treatment because initially the patients were treated with medicines but because of the progressive nature of the disease, they would hardly arrest deterioration. Medicines were used only to control the symptoms not the disease, which ultimately became more and more serious with time and age. Then the ablative surgical procedure developed in which some part of the brain was destroyed to coordinate the movements but in this surgical treatment there was a problem. If you destroyed a part of the brain, which resulted in thermal injury, you could damage some body parts. That would further lead to weakness and loss of voice as well.  Deep brain stimulation eliminates all these risks.

(6) Apart from AIIMS, most path-breaking surgeries are initiated in the private sector. What would you say is the roadmap for improving neurological and neurosurgical infrastructure in public hospital networks across the country?

Answer: If you see, the population of our country is huge. We have 1/5thpopulation of the world. I think, we should all work together to cater to the whole population. Neither the public sector, nor the private, can work alone, they have to serve with combined efforts. They can work independently but at some point of both have to collaborate and cooperate with each other. If I am the policy maker, then I would say every person should do some free work for the population. There should be some kind of law that everyone, every doctor, whosoever he is, whatever department he belongs to, should give five hours a week to public service, of his/her choice.As far as  technology development is concerned, the public sector hospital can reach out to private sector counters for observation and exchanging notes.

(7) How affordable is  neurosurgery in India?

times lesser and the kind of technology and expertise we are offering is equal to these countries. So, we are already less expensive.

The only thing which is to be done is increase the affordability of the public now, not reduce the charges. People spend their money on car, clothes, various luxurious items but not for their health.

(8) Do you see AI being used to ease neurosurgeries in the future?

Answer: The human brain is a unique thing, nothing can replace it. We are using AI right now, it only helps a surgeon up to a level. It just facilitates in working but cannot take the final decision.