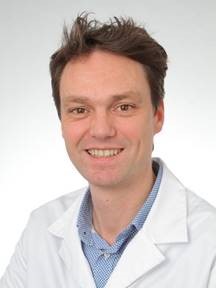 This identification can be done through a simple blood test and at an early stage. It is the first known biomarker for rejection by antibodies.

Kidney related issues are fairly common throughout the globe. About 10% of the population worldwide is affected by chronic kidney disease (CKD), and in India 1 in 10 persons in the general population are estimated to have some form of chronic kidney disorder (CKD). About 1,75,000 new people have kidney failure (stage V CKD) every year in India and require dialysis and/or kidney transplantation.

While the cases of kidney related diseases are on a rise, India still faces a scarcity of organ donors to the point that only 1 out of 30 people who needs kidney receives one.

But on top of that the if kidney is rejected by the body? Kidney rejection occurs frequently and to determine if the body is rejecting the organ, doctors usually take a biopsy, they remove a small piece of tissue from the transplanted kidney to examine it. However, the biopsy only can detect rejection symptoms that are present at that moment, while rejection can occur at any time, this leads to the rejection symptoms being discovered too late.

It is estimated that about 10% – 20% of these kidney rejections go undetected with the current method which can lead to further complications and another kidney transplant. 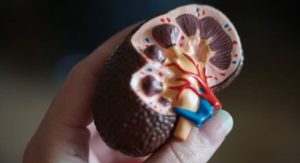 A group of European scientists led by KU Leuven have found a biomarker for kidney transplant rejection by antibodies.

For T cell-mediated rejection, a common type of rejection, some biomarkers in the blood have recently been found. The rejection by T cells is treatable but there are fewer treatments available for the rejection kidney due to antibodies.

According to Maarten Naesens, nephrologist at the University Hospitals Leuven and principal investigator of the study “Rejection by HLA antibodies often has serious consequences.”

Biomarkers found in the blood are now being further developed for clinical use inn diagnosis.

Professor Maarten Naesens said, “Traditional tests for assessing the function of transplanted kidneys can often only identify rejection when it is already chronic and irreversible. Thanks to our biomarker, we can detect rejection much earlier and with simple blood test. Because the test is less invasive, we will be able to test more often than with the current biopsies.”

The researchers now want to consult with medical diagnostic companies to further develop and standardise the test.

“In principle, our antibody rejection test has been sufficiently validated for commercialisation,” said Professor Naesens. “This is the next and necessary step to be able to offer the test to patients. With the test, patients who have no rejection of antibodies will no longer have to undergo a biopsy. The biomarker will also help to detect rejection sooner and will support the search for better medicines against rejection by antibodies.”