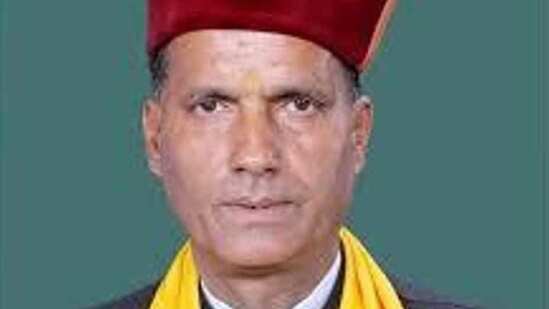 BJP MP Ram Swaroop Sharma died by suicide at his residence on Delhi’s North Avenue, Delhi Police said on Wednesday morning. His body has been sent for postmortem.

Meanwhile, the Bharatiya Janata Party cancelled its Parliamentary Party meeting, scheduled for this morning, after learning about Sharma’s death.

Born in 1958 in Himachal Pradesh’s Mandi district, Sharma was first elected to Lok Sabha in 2014. He was again reelected from Mandi in the 2019 general elections.

He also served on the Parliamentary standing committee on External Affairs. Ram Swaroop Sharma is survived by his wife and three sons.

In February, Mohan Delkar, a 58-year-old Member of Parliament from the Union Territory of Dadra and Nagar Haveli (DNH) was found dead in a room at Hotel Sea Green South in Marine Drive. Police said a purported suicide note running over four pages, written in Gujarati, was recovered from his room. In the note, Delkar has blamed a number of persons, including a senior politician, for his act of taking his own life.