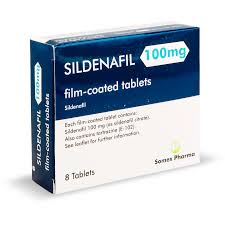 New Delhi: The highest recommended dose of Sildenafil, a commonly used drug to treat erectile dysfunction under the tradename Viagra, is linked to the risk of light sensitivity, and colour vision impairment, according to a study. While these effects appear to be rare, the research, published in the journal Frontiers in Neurology, suggests that first-time users of Sildenafil should start with a lower dose before increasing it, if necessary.

Sildenafil became available in 1998 as a treatment for erectile dysfunction. It soon became the fastest selling drug in history, demonstrating the phenomenal demand for treatments that enhance sexual performance, according to the researchers from Dunyagoz Adana Hospital in Turkey. The effects of the drug normally last 3-5 hours, and although side-effects such as headache and blurred vision occasionally occur, they usually disappear relatively quickly, they said.

However, the researchers noticed a pattern in 17 male patients who attended the hospital. They found that the patients suffered numerous visual disturbances, including abnormally dilated pupils, blurred sight, light sensitivity, and colour vision disturbances, which included intensely blue coloured vision with red or green colour blindness. All 17 patients had taken sildenafil for the first time, and all took the highest recommended dose of 100mg. None of the men had been prescribed the medication, the study found. The visual side-effects began once the drug took effect, and were still present when the men arrived at the clinic 24-48 hours later, according to the researchers.

The doctors in the clinic conducted various eye tests, and monitored the patients over time to see how their symptoms developed. In all 17 patients, the symptoms had cleared up by 21 days later, the researchers said. “Many men use non-prescription performance enhancing drugs to help with sexual anxiety and erectile dysfunction,” said Cuneyt Karaarslan of the Dunyagoz Adana Hospital. “For the vast majority of men, any side-effects will be temporary and mild. However, I wanted to highlight that persistent eye and vision problems may be encountered for a small number of users,” he said. The researchers noted that it may be possible that a small subsection of the population does not break sildenafil down and eliminate it from the body efficiently, leading to very high concentrations in the blood compared with most users.