HealthWire
Home Let’s Talk Health Are You Addicted to Phone, Internet? You Are More Likely to Feel... 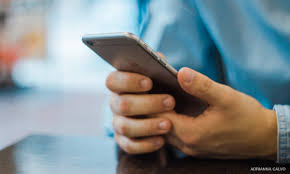 London, Jan 19– According to a new study, students who use digital technology excessively are less motivated to engage with their studies, more anxious about tests and due to this, may develop increased feeling of loneliness as the effects become worse.

As part of the study, published in the Journal of Computer Assisted Learning, 285 students who had enrolled in health-related degree courses were assessed for their digital technology usage patterns, their anxiety, loneliness, study skills and motivation

The researchers, including those from Swansea University in the UK, found a negative relationship between internet addiction, and motivation to study. Students reporting more internet addiction, they said, found it harder to organise their learning productively, and were more anxious about upcoming tests.

Internet addiction was also associated with loneliness which made study harder, the scientists reported.

“These results suggest that students with high levels of internet addiction may be particularly at risk from lower motivations to study, and, hence, lower actual academic performance,” said study co-author Phil Reed from Swansea University.

About one-fourth of the students said they spent over four hours a day online, and the rest reported that they spent between one to three hours everyday. According to the study, the students mainly used the internet for social networking (40 per cent) and information seeking (30 per cent).

“Internet addiction has been shown to impair a range of abilities such as impulse control, planning, and sensitivity to rewards. A lack of ability in these areas could well make study harder,” said Roberto Truzoli, another co-author of the study from the University of Milan in Italy.

The research also found internet addiction to be linked with increased loneliness which made studying harder for the students. Loneliness, the scientists said, plays a large role in positive feelings about academic life in higher education.

Poorer social interactions associated with internet addiction makes loneliness worse, further impacting the motivation to engage in a highly social educational environment such as a university, the researchers noted.

“Before we continue down a route of increasing digitisation of our academic environments, we have to pause to consider if this is actually going to bring about the results we want. This strategy might offer some opportunities, but it also contains risks that have not yet been fully assessed,” Reed said in a statement.(PTI)