HealthWire
Home Experts Opinion All You Need To Know About Depression: What Are The Symptoms And... 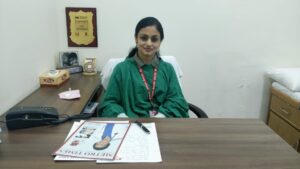 Depression is a hidden disease. It manifests differently in different people. Unhappiness is one of the most common psychiatric complaints which often signifies the presence of Depression.

Depression is not the same as feeling low rather it is much more complicated. It’s a persistent sadness, loss of interest in routine activities causing impairment in life.

Hopelessness, despair, negative views about oneself.

Extreme state of Depression is generally connected with suicide.

Suicide is preventable. We should never leave a person alone If someone threatens to kill themselves. Whoever commits suicide always gives some hints.

There’s a disorder called Suicidal Behavior Disorder which is characterized by attempted suicide within the past two years and does not include behaviors such as suicidal ideation and non-suicidal, self-injurious behavior.

Suicidal Ideation – Thinking about, considering, or making plans for suicide.

Non-Suicidal, Self-Injury – An act of self-harm that is not intended to result in death.

61% of Indians are experiencing mental health-related issues during this Lockdown period.

Suicide is the second leading cause of death in 15-29 yrs of age. Women are more affected than men.

According to the Indian Psychiatry Society, there’s a 20% rise in mental health issues affecting at least one person in 5 people.

Feeling of fear, anxiety, and hopelessness is hovering over lock downed citizens. The absence of hope is all around.

Suicide attempts are often an attempt as a cry for help.