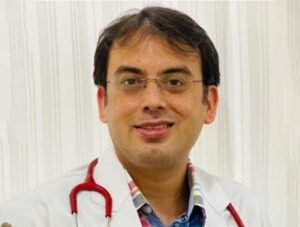 Childhood cancer is not a single disease, but a variety of malignancies in which abnormal cells divide in an uncontrolled manner. Cancer in childhood is quite rare as compared to adults, but it is still one of the leading causes of mortality in children.

The annual incidence of childhood cancer has increased slightly over the past few years; however, mortality has declined significantly due largely to improvements in treatments. The most common childhood cancers are leukemia (blood cancer) and cancers of the brain or central nervous system, which together account for more than half of childhood cancers. Other types are lymphomas, neuroblastoma, Wilms tumor, bone tumors (Ewing sarcoma, osteosarcoma), rhabdomyosarcoma, retinoblastoma, germ cell tumors, and liver tumors (hepatoblastoma).

With most childhood cancers causes are not known. They are thought to develop as a result of mutations in genes that lead to uncontrolled cell growth and eventually cancer. Only 5 percent of all cancers in children are caused by an inherited mutation. In adults, the gene mutations reflect the cumulative effects of aging and long-term exposure to cancer-causing substances. However, classifying possible environmental or natural causes for childhood cancer has been trying, partly because cancer in children is rare and partly because it is difficult to determine what children might have been exposed to so early in their development.

A high index of suspicion is required to detect cancer in children as many of these signs or symptoms are common childhood illnesses. Various tests are required to diagnose cancer and to find out if cancer has spread to other parts of the body from where it started. If this happens, it is called metastasis. For example, imaging tests can show the spread of cancer.

For most types of cancer, a biopsy is the only sure way for the doctor to know the exact diagnosis.

The treatment that a child with cancer gets depends on the type of cancer and how advanced it is. These include surgery, chemotherapy, radiation therapy, immunotherapy, and stem cell transplant.

Surgery means removing the tumor and some of the surrounding healthy tissue during an operation. Many children with a solid tumor will need surgery at some point as a part of their treatment. Systemic therapy such as chemotherapy is the type of medication given through the bloodstream to reach cancer cells throughout the body. Common ways to give systemic therapies include oral or intravenous (IV) therapy.

Immunotherapy, which is also called biologic therapy, is designed to increase the body’s natural defenses to fight cancer. It uses materials made either by the body or in a laboratory to target, improve, or restore immune system function. Examples include cancer vaccines, monoclonal antibodies, and interferons. Radiation therapy means the usage of high-energy x-rays or other particles such as photons to destroy cancer cells.